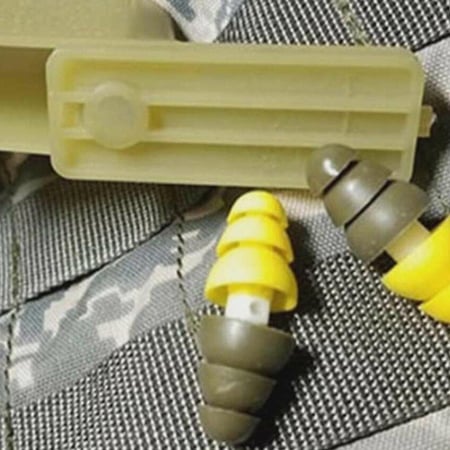 In 2018, 3M settled a whistleblower lawsuit brought by the Department of Justice for $9.1 million dollars. 3M refused to admit they were responsible for causing the hearing loss of millions of veterans as part of this settlement agreement.

This lawsuit wasn’t about justice for veterans. It was a fact-finding mission.

The False Claims Act is a federal law that allows people who have evidence of fraud against federal programs or contracts to sue the company on behalf of the government. In this case, a whistleblower filed a lawsuit in May 2016 against 3M alleging the company committed fraud. The lawsuit alleged that the company and its predecessor, Aearo, and their officers, agents, supervisors, and employees “conspired to defraud the United States Government” in order to profit off the government. It alleged:

Even though 3M settled the false claims lawsuit, veterans didn’t get justice

The result of this lawsuit was that 3M paid the federal government $9.1 million in 2018. And veterans received proof that 3M hid the truth about the Combat Arms earplugs to make millions of dollars. They endangered millions of people and caused permanent harm just to make a quick buck.

What this lawsuit did achieve was that a ton of evidence was produced by 3M that proved these allegations were true. The company knew the Combat Arms earplugs (CAEv2) were too short for proper insertions in to users’ ears. They also knew that meant the earplugs could loosen imperceptibly and therefore did not perform well. The company did not discloses this design defect to the military.

Our military paid for earplugs that they were told were safe and effective. 3M had test results and everything to back up these claims. Except they were fraudulent.

Evidence uncovered by the DOJ’s whistleblower lawsuit proves that 3M and its predecessor, Aearo, knew about the earplug defects as far back as 2000. They also reveal that testing conducted by 3M in January 2000 found that the earplugs were defective. The company then falsified the test results and certifications in order to be able to say the earplugs comply with military safety standards.

Records obtained in the whistleblower lawsuit revealed that 3M was guaranteed at least $9 million in 2006 from sales of the Combat Arms version 2 earplugs to the military. From 2003 through 2015, 3M’s contract with the military guaranteed it would supply the government with approximately 15,000 earplug packages. Each earplug package contained 50 pairs of earplugs. That’s an estimated 9,000,000 pairs of defective earplugs provided to the military between 2003 and 2015.

We can help soldiers and veterans who served between 2003 and 2015 and suffered hearing loss, tinnitus, or other hearing problems

Soldiers and veterans have a constitutional right to be compensated for the permanent damage 3M has caused. That’s why we are taking on 3M. Our goal is to help you hold 3M accountable and make sure they get the message that no company is allowed to deliberately and knowingly injure our military.

If you served in the military between 2003 and 2015 and suffered hearing damage despite being issued earplugs, you may qualify for compensation. We can’t bring your hearing back, but we can help you hold the company responsible for damaging one of your key senses responsible. Find out more about suing 3M over their defective Combat Arms earplugs and if you qualify.