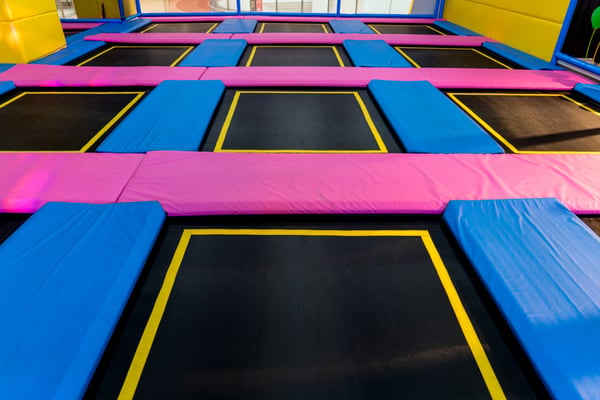 Yet Another Child Injured at a Trampoline Park

Our team at VB Attorneys has been hired by a mother whose daughter was injured at a local trampoline park in Georgia. Our client’s daughter was at a trampoline park with her best friend when she fell several feet through a faulty guardrail. Her thirteen-year-old daughter suffered from multiple injuries, including a severe concussion.

According to our team’s preliminary investigation, our client’s daughter was standing next to a trampoline waiting for a group of children to pass by when she lost her balance. In an effort to maintain her balance, she reached for the nearby guardrail that was intended to keep children inside the trampoline play area but instead, she fell through a flimsy and poorly maintained chain-link fence. She fell several feet onto the concrete floor.

While lawmakers make sluggish demands for greater oversight and more frequent safety inspections, children are being injured every day. You may be wondering, “what makes trampoline parks so dangerous?”. For starters, trampolines were engineered to be used by athletes, not children. Furthermore, trampolines were designed for single jumpers, not dozens of children. Click here for more information about trampoline park dangers and tips to avoid being injured.

The bottom line is that trampoline parks have a duty to protect users from harm. If one of your children or loved ones has been injured at a trampoline park, the time to act is now. Trampoline parks and other jump facilities will do whatever it takes to avoid liability. An experienced attorney can help you preserve evidence, get medical treatment, and secure the compensation you deserve. Click here for a free and confidential case evaluation.