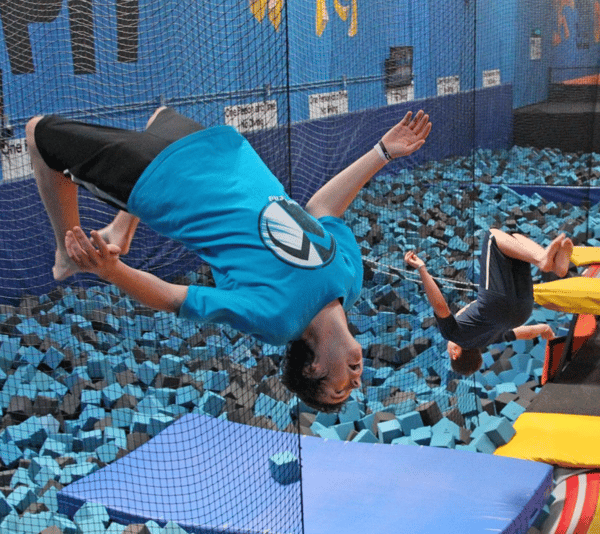 Why are trampoline parks dangerous?

A study conducted by Reuters Health News is showing that Trampoline parks are tied to an increase in trips to the Emergency Room. In fact, CBS News reported that at least six people have died in the last seven years from injuries sustained at trampoline parks. The real truth is that the number of casualties could be even higher when we account for the likely-hundreds of injured people that have been coerced into arbitration, forced to sign confidentiality agreements that prevent their casualties from reaching the national spotlight.

Trampolines on their own are quite dangerous causing hundreds of thousands of injuries each year. Jump Centers continue to grow in popularity and many of these companies care more about their bottom line than the safety of people, George Nissen, the inventor of the trampoline, was aware of this dilemma even early on. As the billion-dollar trampoline park industry continues to flourish, people (mostly children) across the country are getting hurt.

Trampolines were engineered for athletes, not children

Athletic facilities similar to the trampoline parks we have today have been around long before they were ever marketed to children as “good fun”. Trampolines were originally constructed for acrobats and gymnasts. Athletes practice and perform on trampolines under the supervision of professionals and coaches who closely monitor a competitor’s technique and performance while jumping. Not to mention, athletic organizations are well equipped with physical trainers that keep jumpers healthy and medical staff that focus on sound recovery efforts when injuries do happen. The fact that we’d allow for a sports facility to become a playground for young children is egregious when put into perspective.

Trampolines are simply deadly by design

Jump centers house many trampolines that are connected with chain links or steel cables under thin padding. Oftentimes, trampolines are not properly connected to one another. Leaving gaps between trampolines where bouncers can fall and hurt themselves. If you have ever visited a trampoline park then I’m sure you will agree with me when I say that they don’t exactly look very safe. That's because they're not. Usually, they are housed in cramped buildings full of deceivingly colorful trampolines and cushions. And that’s what they look like when they are empty... Picture a room full of poorly supervised children of all ages recklessly bouncing and jumping across platforms. Trampolines were designed for single jumpers, not hundreds of children jumping at the same time.

As children jump up they generate energy each time they come down. That energy is then released, propelling them further into the air with each consecutive jump. This is the basic physics behind a single person jumping on a trampoline. The problem with trampoline parks is that they aren’t being used by a single person. Instead, they are used by hundreds of children, all differing in weight, simultaneously. This can lead to “Double Bouncing”, where children are launched even further into the air by the collective energy generated by other bouncers. Essentially, one child is being rocketed into the air by the driving force of other children all hopping in the same place. Oftentimes, the worst trampoline injuries are caused by the "Double Bounce" due to the intensity of the bounce.

3 easy tips to avoid being injured at a trampoline park