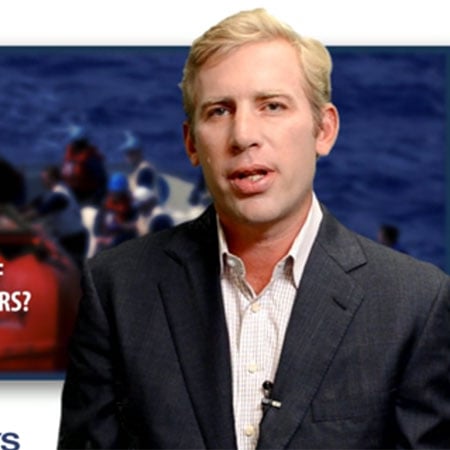 Captain Phillips and the Truth About What Happened - VB Attorneys

Does the movie Captain Phillips accurately show what happened on the Maersk Alabama?

On October 11, 2013, a movie called Captain Phillips, starring Tom Hanks as Captain Richard Phillips, premiered nationwide. The movie received glowing reviews, and claims to be based on actual events.

In April 2009, the Maersk Alabama cargo ship was attacked and captured by four Somali pirates less than 300 nautical miles off the Coast of Somalia. The captain and the crew were taken hostage, and the pirates took the captain, Richard Phillips, off the ship into a lifeboat. On orders from President Obama, the brave men and women of the U.S. Navy, and specifically Navy marksmen, fatally shot all but one of the pirates and rescued Captain Phillips. The story made national news.

But does Captain Phillips tell the whole story? And does the movie tell the story accurately?

Approximately half of the crewmembers, represented by Brian Beckcom, are claiming that the shipping company, Maersk Lines Limited, willfully allowed the

Maersk Alabama to sail directly into pirate-infested waters despite receiving multiple warnings to avoid the area. And the lawsuit further claims that the Alabama didn’t have adequate anti-pirate security measures. That lawsuit settled before it went to trial in Mobile, Alabama on December 2, 2013.

“The real heroes are the men and women of the U.S. Navy who rescued the shipping company from its poor decisions and the brave crewmembers who actually fought back against the pirates once they boarded the ship – despite the crewmembers being unarmed while facing pirates carrying automatic weapons,” says Brian Beckcom.

According to the lawsuit, Maersk essentially “outsourced” the security of the Alabama to the U.S. military, and by extension, to the taxpayers of the United States, rather than provide basic anti-piracy prevention measures such as armed guards. Since the April 2009 attack, the Maersk Alabama has been approached by pirates on at least two other occasions, however the pirates were quickly repelled by armed personnel who now accompany Maersk vessels that travel in pirate-infested waters.

“If anything, this lawsuit has sent a very clear message to the shipping industry. Namely, if you’re going to send crewmembers to dangerous waters, you should protect them or give them the means to protect themselves. Not to leave them to fend for themselves and not to rely on the U.S. taxpayers and U.S. military to come to the rescue. It seems the industry has gotten the message because of this lawsuit, and that’s a good thing for the men and women who work on these ships,” Brian Beckcom stated.

Why was the Maersk Alabama hijacked in the first place?

Although Captain Phillips is credited with saving the lives of his crew in the movie, the lawsuit filed by nine crewmembers sought to show the opposite is true. Captain Phillips’ crew who were on board the Maersk Alabama when it was hijacked say that their lives were put in jeopardy because of the decisions made by Phillips. They claim that:

Nine of the crewmembers claim that the Captain and the shipping company acted irresponsibly by putting them in harm’s way to begin with. This is a far cry from the depiction of heroism in the movie that shows Captain Phillips offering himself as a hostage if the pirates let his crew go. Had Captain Phillips heeded all warnings, his crew would not have had to endure the emotional and physical trauma of the Maersk Alabama hijacking.

Why was Somali piracy such a huge business? Weren’t they just fishermen?

Somali piracy may have started with fishermen seeking justice for having their livelihoods destroyed by countries dumping toxic waste in their fishing grounds, but as mentioned previously, it became a huge business. Somali piracy was netting more than $150,000,000.00 a year by 2010, and a stock exchange was even set up so that investors could buy shares in upcoming piracy operations. Creditors helped pirates purchase weapons from Yemen and Mogadishu, supply their vessels, and purchase fuel for their skiffs and mother ships.

However due to anti-piracy measures, by 2012, backers were reportedly reluctant to finance pirate expeditions as most hijackings proved unsuccessful, and pirates were unable to reimburse their creditors. The days of millions of dollars in ransoms being delivered in shipping containers and making massive amounts of money on the black market appear to be over. In 2014, the number of attempted hijackings had dropped so much in the Indian Ocean, piracy was at its lowest point in a decade.

How much of the story did Hollywood get wrong?

While Hollywood’s version of events received critical acclaim, the version of events depicted in the movie Captain Phillips is highly inaccurate. These inaccuracies have caused the court of public opinion to cast judgment on what actually happened based on what they saw portrayed in the movie. The following are six misconceptions from the movie:

Maersk, Captain Phillips, and their attorneys fought to make the facts of what really happened aboard the Maersk Alabama confidential. The work our firm did investigating the lawsuit brought many facts to light that reveal the inaccuracies of Phillips and Hollywood’s versions of events. While we can’t talk about what really happened, we can say that the company was playing Russian Roulette with their employees.

When we filed our lawsuit in 2009, one of our central claims was that the shipping company, knowing exactly where they were sending their crew, should have provided the crew with adequate security for when they traveled through some of the most dangerous waters in the world. Among other things, we claim in our lawsuit that the ship should have had armed guards. The shipping company and others in the industry claimed at that time that arming commercial ships would make piracy events more dangerous, not less.

Has anything been done to make things safer for crews on ships navigating pirate-infested waters since 2009?

The shipping company’s claims that arming vessels would make things more dangerous turned out to be demonstrably false. In 2009, companies started providing ships with defensive technology and armed security guards. Since the hijacking of the Maersk Alabama  in April of 2009, the ship has been approached by pirates at least twice. Both times, however, the ship had armed security guards and the pirates quickly left to seek other, softer targets. Other commercial shipping companies are providing much better security for their crews as well. Our lawsuit changed the behavior of Maersk lines and other shipping companies by forcing them to defend the men and women on their ships with something other than water hoses or flare guns.

In addition to amping up the security on vessels traveling in pirate-infested waters, countries worked together to form coalitions of vessels that patrolled the Indian Ocean, deterring and preventing pirate attacks. By 2013, the rate of successful pirate attacks in the Indian Ocean had dropped to zero and and over 1,000 pirates had been captured and were being prosecuted by authorities in over 21 countries. The lead pirate from the 2009 Maersk Alabama hijacking, Muse, had been captured alive by the U.S. Navy and was sentenced to 33 years in jail in the United States for his crimes.

They claim that rather than saving their lives, Capt Phillips’ actions put them at risk in the first place.

The cargo ship MV Maersk Alabama was hijacked by Somali pirates in April 2009 as it sailed along the coast of Africa. Phillips was taken hostage on a small lifeboat and eventually rescued by Navy SEALs.

A captain’s piracy saga comes to the screen

Within weeks of the hostage incident, in April 2009, crewmen from the Maersk Alabama, Phillips’s ship, filed suit against the ship’s owner and operator, alleging Phillips risked their lives by steering too close to the Somali coast, where pirates were known to be operating