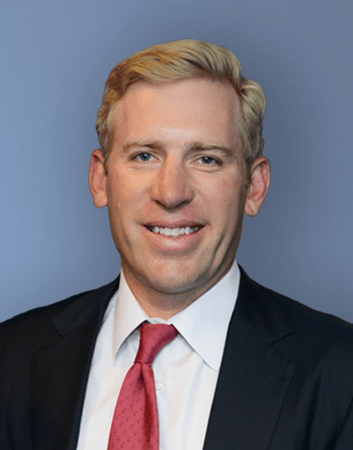 Brian Beckcom is one of the leading lawyers of his generation. Brian's peers have voted him a Texas Super Lawyer 14 years in a row, and every single year he has been eligible. Brian is also a Board Certified Expert in Personal Injury Trial Law by the Texas Board of Legal Specialization, a recognition shared by less than 2% of lawyers.

Brian has obtained hundreds of millions of dollars for his clients, and he and his law firm have obtained record-setting settlements and verdicts in a wide variety of significant legal cases.

Brian is also a Computer Scientist & Philosopher. He created and hosts the popular podcast "Lesson from Leaders with Brian Beckcom."

Brian is a military "brat," a blue belt in Brazilian jiu-jitsu, a single-digit golfer, a former college basketball player at Texas A&M, a four-year member of the Texas A&M Corps of Cadets, and an accomplished freshwater and saltwater fly fisherman.

Brian is an honors graduate of the University of Texas School of Law. He is the author of 6 books and hundreds of articles on a wide variety of topics.

Brian has successfully prosecuted many high profile cases. The national and international media has covered Brian's work on these complex cases.

For example, when the Maersk Alabama was attacked by Somali Pirates, it made headlines around the world, and the event was made into a Hollywood blockbuster starring Tom Hanks as Captain Phillips. Many of the crew members hired Brian to represent them.

Brian and his firm took on one of the largest shipping companies in the world, Maersk Lines Limited. At the same time, Brian and his team countered a massive Hollywood publicity campaign that portrayed Captain Phillips as a hero and the crew as lazy layabouts. Brian’s investigative efforts ensured that the true story was told, and Maersk ultimately agreed to an out-of-court settlement for each client Brian represented after completely denying any negligence or responsibility for years.

Brian represented Captain Wren Thomas, who was kidnapped by Nigerian mercenaries while operating off the Coast of West Africa. Captain Thomas’ story has been featured in national and international media. The case received international attention from the media and maritime shipping companies because of the heroic acts of Captain Thomas during the attack and hostage situation and also because of connections to Boko Haram and corruption in West Africa.

Brian’s clients talk about his work on their cases

About the Maersk Alabama case, Brian says: “Taking on Maersk Lines Limited, one of the largest shipping companies in the world, and the Hollywood publicity machine simultaneously took enormous effort and was a real challenge, but in the end, we were able to tell the true story and get the case resolved for our clients on favorable terms despite those obstacles. The real heroes of that story were the crew members, not Captain Phillips, and we made sure that story was told.”

For Don, a longtime supervisor in the oilfield, Brian’s help meant he could get answers after a gas well blowout killed half his crew. For Keidron, Brian’s help meant that even though his career in the offshore oil and gas industry was over because of an injury, the company was held accountable for their dangerous “safety” culture.

For Johnny, Brian’s help meant he wouldn’t have to rely on the government for medical care after he suffered a massive head injury working as a logger in East Texas.

Brian accepts cases for people and families from all walks of life. Brian handles cases across the United States and beyond, and accepts clients who have been injured due to negligence, misconduct, fraud, or any other malicious or improper behavior.

“A lot of lawyers brag about how great they are, how they are ‘aggressive,’ or ‘sharks’ or have ‘X years of experience’ or ‘X amount of money recovered.’ I think it gets a little silly, to be honest, because the only thing that matters is whether the clients are happy. I know plenty of people who were not happy with their lawyer, for lots of different reasons. Heck, people often fire their lawyer and end up hiring me.”

“I choose to let my clients – many of whom have become life long friends – do my talking for me. At the end of the day, all that matters to me is that my clients are happy. That’s the true test of a great lawyer, and nothing makes me prouder than being able to say that my clients almost always very happy with my work on their cases and also become my friends.”

After graduating from Texas A&M University with degrees in Computer Science and Philosophy, Brian was a top student at the University of Texas School of Law, graduating with honors and serving on the board of the Texas Law Review. After receiving countless job offers, Brian started his legal career at Fulbright & Jaworski in Houston, Texas, one of the largest law firms in the world at the time.

Brian says: “Fulbright & Jaworski was a great place to start as a lawyer. I met some great lawyers and learned a lot. More importantly, I learned quickly that I had no interest at all in representing huge corporations or insurance companies against people who had been maimed or killed by gross misconduct or inexcusable negligence. I like people, kids, families, not massive insurance companies focused on nothing but the bottom line. When I left Fulbright, I never looked back.”

Brian is a sixth-generation Texan. His dad was a decorated airman and Lt. Colonel in the United States Air Force who flew 200 combat missions in Vietnam. Brian lived all over the world growing up, including Louisiana, New York, Kansas, and the Guam Islands in the Pacific Ocean.

“Living all over the world was tough as a kid, changing schools every few years, meeting new people. But I’ve since learned that it was probably the best thing that could have happened to me as a young kid because it taught me to appreciate people from all walks of life. I have friends who live literally all over the world.”

Brian has published 6 books and hundreds of articles on legal topics, self-improvement, and success strategies, which he freely shares with anyone who can benefit from them.

According to Brian, “writing books and articles requires that you understand your subject area in depth. I publish books and articles for two reasons. First, it helps me stay on top of my professional duties to my clients and keeps my skills sharp. Second, even if someone doesn’t hire me, I want them to have trustworthy information so they can make good decisions for themselves.”

During law school, Brian served as the Chief Notes Editor of the Texas Law Review, the starting free safety on the Legal Eagles football team, and was a research assistant for the late Charles Alan Wright, the nation’s foremost legal scholar on federal court practice and procedure.

During law school, Brian also wrote a law review article that has been cited by many legal experts and authorities, including in a brief by the United States government to the U.S. Supreme Court.

At Texas A&M, Brian was a varsity letterman, a four-year member of the Corps of Cadets, and a two-year member of the Ross Volunteers, an elite organization which serves as the Honor Guard for the Governor of Texas and is the oldest student organization in the State of Texas. Brian is a Lifetime Member of both the Texas A&M Letterman’s Association and the Corps of Cadets Association.

“The most important thing in my life is my family. Work comes second. Frankly, I think spending as much time with my family as I can ends up making me a much more effective lawyer. It helps me connect with my clients in ways that lawyers who ignore their families can’t. I’ve worked with lawyers who are workaholics and frankly, I wouldn’t ever hire them myself because they don’t appreciate what happens to families who’ve had a loved one injured or killed. They don’t understand it. I lost my own mother when I was ten years old, so I understand what people who’ve suffered tragedy are going through.”

Brian has been married since 2000 to Cara Beckcom. He has three kids, Gus, Henry, and Addison.

When he is not winning cases for his clients, Brian enjoys training Brazilian jiu-jitsu at Gracie-Barra Westchase in Houston, Texas, under Professor Ulpiano Malachias.

He also enjoys coaching his kids' sports teams, golfing, photography, and fly fishing. Brian is a single-digit golfer and has caught trout, carp, bass, perch, tarpon, redfish, sharks, permit, and bonefish on the fly rod. He loves spending time on the water, whether it’s a trout stream in Colorado, redfishing in Matagorda Bay, or sight casting to tarpon and bonefish off the coast of Florida.

Marvin was a deck engineer who prevented a potentially catastrophic oil spill in the Gulf of Mexico. Unfortunately, he got hurt during his successful effort to prevent the spill. Brian represented him in his negligence and Jones Act case. Marvin's case settled for a large sum of money.Brian and his firm have represented working men and women since the firm first began.

Keidron hurt his spine working on a jack-up rig in the Gulf of Mexico due to poor company safety policies. The company fired him afterwards. He hired Brian to prosecute the company for negligence. The case settled for a significant confidential amount.Brian and his firm have represented working men and women since the firm first began.

Brian has published 8 books and hundreds of articles on various legal topics. Some of these books are very popular, including his book on Success and his book on How to Win Your Injury Case. Brian gives clients all of his books, completely free of charge.Brian and his firm have represented working men and women since the firm first began.

Brian and his firm have handled complex cases with international ramifications. Brian was featured on Good Morning America and Nightline for his work on the Somalian Pirate cases, which were made into a Hollywood Blockbuster called Captain Phillips and starring Tom Hanks.Brian and his firm have represented working men and women since the firm first began.

Brian and his team routinely "get their hands dirty," going out to inspect accident sites personally. Here Brian and Byron inspect a defective piece of equipment on a jack-up oil rig.Brian and his firm have represented working men and women since the firm first began.

Don rescued three of his co-workers when a land-based oil rig blew up. Don ran into the burning wreckage and drug his friends/co-workers to safety. Don hurt his spinal cord during the rescue, and hired Brian to represent him. The case settled in less than a year.Brian and his firm have represented working men and women since the firm first began.

Brian has been married since 2000 to Cara Beckcom. Brian and Cara have three kids together. Here, Henry and Addie, his youngest kids, help get him prepared to go to Court.

Jordan was a high-level supervisor who got hurt in the Gulf of Mexico. His company tried to buy him off for $5,000, even though the injury ended his career. His company then declared bankruptcy, hoping to avoid paying Jordan. It didn't work. Brian settled Jordan's case after a hard fought battle.

Nick suffered a severe brain injury and lost the sight in one eye after a horrible accident with a truck. Nick participated in Project Walk, a brain-injury and paralysis rehabilitation program. Here, Brian and Nick "bump fists" during a fund raiser for Project Walk

University of Texas School of Law, J.D., with honors