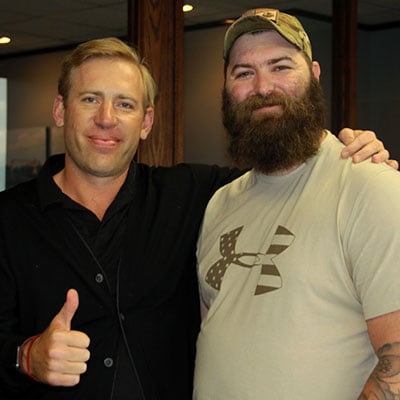 In August 2017, a former combat marine reached his limit. His company fired him a few weeks earlier because their insurance wouldn’t cover him anymore, supposedly. After two injuries to his right knee and three surgeries to repair the damage in less than two years, the tankerman was left in the cold.

Except as a tankerman, his injuries were covered by the Jones Act. And he knew he had a constitutional right to be compensated for his injuries. So he turned to us for help. Brian Beckom and Lena got to work right away, filing a Jones Act lawsuit in Jefferson County District Court on his behalf. The lawsuit alleged the maritime company failed to:

The lawsuit argued that these failures caused our client’s injuries. Our client’s story will be familiar to many people who have been hurt working in the maritime industry. His company sent him to company doctors and paid part of his salary to cover the maintenance and cure part of the Jones Act. His company was eager to get him back to work. As soon as the company doctor said he was ready to rock and roll, our client was back on the water. But nothing changed.

There was no additional training. The crews were understaffed and overworked. They were still working square shifts, which means nobody was getting anywhere close to eight hours of sleep. Because the crews were understaffed, there weren’t enough people to supervise the work to make sure it was being done safely. The company had, as our client put it, a “do it or lose it” attitude to working for them.

When he got hurt the second time, the company seemed to follow the Jones Act again. They got him to a company doctor. They paid him a portion of his wages as his maintenance. The office was even trying to find him a light duty job within the company. Until a chiropractor said he’d reached Maximum Medical Improvement. Then they fired him and cut him off financially. He had a ruined knee, no way to support his family, and no idea how he would pay the bills that kept piling up.

Our client calls himself a “labor-intensive guy.” He’s not wrong. Even with a bum knee, he tried to get another job. A buddy of his hooked him up with a job that seemed doable. He lasted six days before his entire leg and foot swelled up so much he had to go to the Emergency Room. He realized he needed help. Our help. He hired us to hold the company accountable for violating the Jones Act.

He knew his rights and knew his company had violated the Jones Act. Brian and Lena got to work proving it. The Jones Act lawsuit filed in Jefferson County District Court meant we could investigate and document everything the company had failed to do to keep our client safe. We did just that. While we investigated and worked up the case, our client got a second opinion on his knee from an independent, world-class orthopedic surgeon. The surgeon’s opinion was backed up by another independent doctor. They both agreed that our client would need a total knee replacement, except he was too young for the procedure. He would have to find a less physically demanding career.

“With y’all’s help, it most definitely got better.”

In under a year, Brian and Lena settled our client’s case for a confidential amount. Because of this Jones Act settlement, our client is finally able to think about his future again. As a veteran, he had access to professionals who could help him find a new career. He is now working on a degree in cyber security and looks forward to working in a field he loves as much as he loved working as a tankerman.

Our client sat down with Brian after his case settled and talked about how we helped him. He also advised people who have been hurt working in the maritime industry saying, “It’s your right to be represented and to find justice for whatever happened to you and that it’s not your fault. And that it does get better but you have to take those certain steps.” Watch his full conversation with Brian.

Don’t wait to consult with an attorney after getting hurt in the maritime industry. You may not be as lucky as our client. Our team of experienced maritime attorneys will answer all of your questions, walk you through the Jones Act lawsuit process, and help you make an informed decision about your future. We are ready to help you get your life back, whether you need to get started right away or you need us to simply advise you. We look forward to helping you. Contact us or call us at 877-724-7800 and get started today.