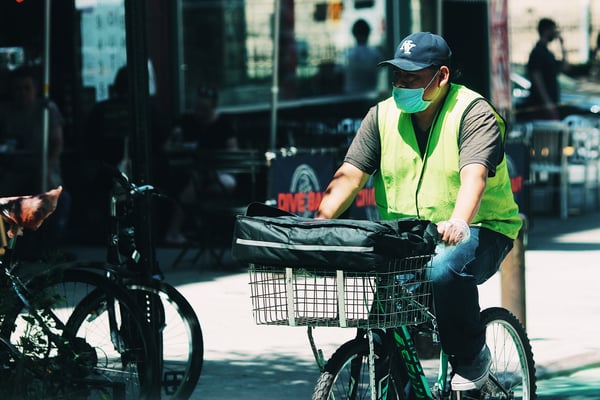 Coronavirus-induced lockdowns are causing traffic congestion to fall across the country, yet distracted motorists killed six-hundred-ninety-seven cyclists in 2020 alone. While the COVID-19 pandemic resulted in quicker and less congested commutes for many, a large number of Americans turned to cycling and on-foot commuting when the pandemic hindered public transportation. As COVID-19 restrictions are lifted, motorists will return to our roadways at pre-pandemic levels, further endangering the growing community of cyclists and pedestrians.

Cyclist deaths are increasing across the country

While the number of traffic deaths on U.S. roads decreases, cyclist deaths are on the rise. Data from the National Highway Traffic Safety Administration (NHTSA) reveals a grim reality: it hasn’t been this dangerous to ride a bicycle on American roads in over thirty years. In the last decade alone, the number of cyclists killed in motor vehicle crashes increased by almost 10%.

Texas, California, and Florida account for nearly half of all cycling deaths despite accounting for only 27% of the country’s population.

What is causing the drastic increase in cyclist fatalities?

Data collected by The National Highway Safety Administration Fatality Analysis Reporting System showed that a whopping 16% of all cyclist fatalities from 2015 to 2019 involved a drunk driver. The same data revealed that 20% of all cyclist fatalities were hit-and-runs, and 9% involved a speeding driver. Motorists are driving fast, drunk, and choosing to flee the scene one out of every five times after a collision with a cyclist. Continuing to downplay this crisis as “just accidents” is ludicrous.

Americans are driving faster and traveling longer distances than ever before

In 1995, the U.S. Congress removed the national speed limit of 65 miles per hour. As a result, speed limits on interstates and local roads have increased, along with the number of cyclists and pedestrian fatalities adjoining high-speed roadways. Studies conducted by the AAA Foundation for Traffic Safety found that the risk of severe injury or death following a collision with a motor vehicle is 79% if the car is traveling at speeds of 40 miles per hour or greater.

Not only are Americans driving fast and distracted, but they are also driving more frequently and longer distances than ever before. According to the National Highway Traffic Safety Administration, the total miles driven by Americans from 1994 to 2017 increased by six-hundred-fifty-four billion - an increase of 36% over twenty-three years!

Cell phone use has made distracted driving commonplace on American roadways

The modern way of assessing the impact cell phone use is having on drivers is through the use of “smartphone driving platforms.” Smartphone driving platforms like TrueMotion, track phone usage while users are behind the wheel. In exchange for their data, users receive incentives and safe-driver rewards from their insurers. Data shared with Bloomberg News found that 92% of drivers using a safe-driving app were distracted by their electronic devices while driving.

Data collected from StopDistractions.org showed that about 90% of American voters support stronger laws to crack down on the use of cell phones while driving. And yet, a recent study conducted by Businesswire found that 25% of American adults admitted to multitasking while driving. Cell phone use while driving used to be a “teenager problem.” Today, it’s a nationwide epidemic.

Americans are buying larger cars than ever before

The percentage of SUVs and trucks among new cars sold continues to increase as gas prices decline and consumer tastes change making sedan’s a thing of the past. The Bureau of Economic Analysis reported a 32% increase in the number of trucks and SUVs sold in the U.S. between 1994 and 2019. While larger vehicles offer first in class safety features for drivers and passengers, they pose a serious threat to pedestrians and cyclists.

When cyclists and pedestrians are forced to share the roadways with large vehicles, their chances of suffering a fatality after an accident are significantly increased. In fact, data collected from the Traffic Injury Prevention group found that a cyclist’s or pedestrian’s chances of dying DOUBLED if they were being hit with an SUV or truck, as opposed to a sedan. SUVs, trucks, and particularly commercial vehicles like Amazon or FedEx delivery trucks pose a significant risk to pedestrians and cyclists.

VB Attorneys has helped our clients recover millions in compensation. Don’t waste any time. Click or call our office at 713-224-7800.