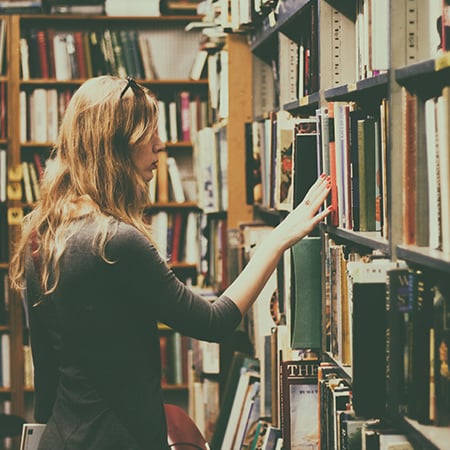 How to Be More Self-Aware

I’ll bet you know a couple of people who are totally and completely clueless about who they are and what people think of them. Who have absolutely no idea what impression they make. Who think they are a lot better at fill-in-the-blank (cooking? singing? telling jokes) than they really are.

Guess what? You’re that way too, at least some of the time. So am I. So is everyone. Simply put, human beings just aren’t very good at being self-aware.

So, let’s assume you agree (even reluctantly) that you should work on being more self aware. How do you become more self-aware?

Here are four suggestions for you, backed up by science:

The human brain is the most powerful weapon in our arsenal but also probably our biggest weakness. Humans can think. We can reflect. We can plan. We can ruminate. Sometimes it’s okay to get inside your head. But the problem is we tend to stay inside our own head far too long. And when you’re in your own head you are definitely not being aware.

When you catch yourself thinking too much or creating narratives in your head, gently remind yourself to think less and observe more. Stop creating stories in your head and start acting like a scientist instead, a scientist who observes data and looks for patterns and trends.

2. Be kind to yourself

I can be really, really mean to myself. I treat myself worse than my worst enemies treat me. If someone talked to me the way I talk to myself, I wouldn’t ever step foot in the same room with them ever again.

Whenever you catch yourself mentally beating yourself up, gently remind yourself that you have to be kind to yourself before you can be self-aware enough to be kind to others.

I’m constantly amazed at how my thoughts, opinions, and emotions have changed over the years, about all sorts of topics and all sorts of things. The older I get, the less I’m sure about.

By contrast, a lot of people who get older think they know more, or think there’s nothing else to learn, or their opinions and thoughts become calcified and stuck.

By continuing to learn, you continue to find out where you are making mistakes, and why. You are learning about yourself, which is the most important thing you can learn about.

Always keep learning. By constantly learning, you will constantly nudge closer to reality and closer to true self-awareness.

4. Know that changing your mind is a super power

Every time I hear someone say something like “I’ve had the exact same position on X for the last 25 years,” or anything along those lines, the first thought that comes into my head is “well, you just admitted you’re an idiot.”

Plus, when you are confronted with facts that challenge your most deeply held beliefs, you have two choices: Ignore them, or examine the new facts and decide whether they justify a change. The first option just further cocoons you into a bubble of illusion and self-deception. The second option shows true self-awareness and the more you change your mind about stuff, the more self-aware you will become, and so on, in a self-reinforcing positive loop.

I’ve gotten to the point that I get excited when I change my mind on something. There’s almost nothing I enjoy more than being proven wrong, or learning that something I thought was actually dead wrong.

Humans aren’t naturally self-aware. Yes, that includes you, too. We must practice self-awareness to become more self-aware. Unfortunately, the people who need the training the most are the people least likely to realize they need it.

Once you’ve discovered how to become self-aware, then you just have to practice consistently. Get out of your head as much as you can, and when you’re in your head be nice to yourself, keep a beginner’s mind and learn new stuff, and look for opportunities to change your mind.