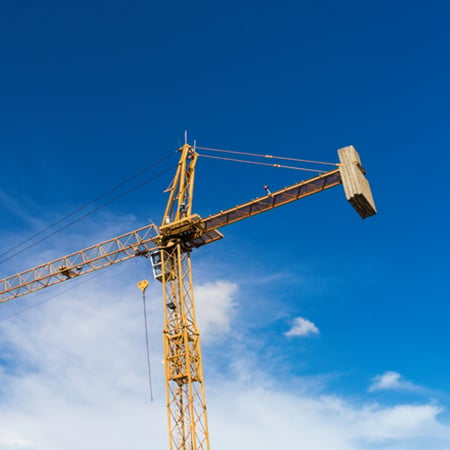 A construction worker who was a lead man with Doran Steel, Inc. was injured while working on a top of an industrial chemical tank in Cameron, Louisiana. A tower crane operator with Viking Equipment, LLC was lowering a load of re-bar to the top of the tank when he disregarded the lead man’s hand signals and lowered the re-bar on top of the lead man.

The lead man hurt his neck and back in the crane accident, but the company doctors were not properly taking care of him. The lead man’s medical condition continued to deteriorate, and then he hired VB Attorneys to help him. VB filed a lawsuit against Viking Equipment, LLC, its crane operator, and Baker Concrete Construction, Inc., the general contractor at the work site. VB filed the case in Walker County District Court.

VB hired work safety experts to support the lead man’s case, and took several depositions of company employees. Through company depositions, VB showed that the crane operator caused the accident. VB also demonstrated that the companies knew this crane operator was dangerous and should never have allowed him to be operating a crane in the first place. Further, VB demonstrated multiple OSHA violations by the companies in how they conducted the work at this industrial site.

VB hired experts to support the lead man’s damages in the case, including a vocational rehabilitation expert and an economist. The companies hired their own experts in these fields to try to limit the damages.

After numerous depositions and hard work on the case, VB negotiated the case to a confidential settlement. The lead man was very pleased with the settlement, especially in light of how poorly he was treated by the companies after he was initially hurt on this job.