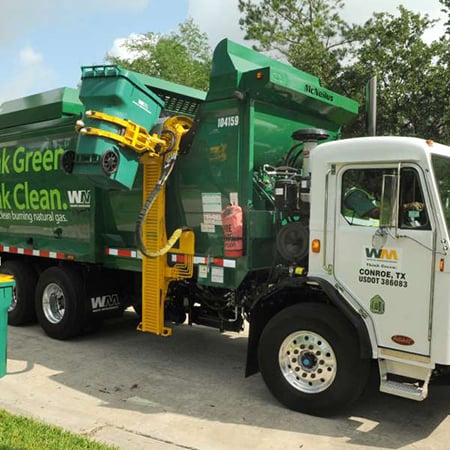 A Wast Management of Texas, Inc. commercial truck rear-ended a car driven by an officer with the Houston Police Department. The HPD officer tried to negotiate a settlement on her own with the waste company, however, the company offered her only a very small amount of money.

Almost two years after the crash, the HPD officer hired VB Attorneys to prosecute her claim. VB filed the case against the waste company in Galveston County District Court.The waste truck driver claimed the brakes on the waste truck failed, causing the accident. VB disproved this claim through depositions and written discovery.

The HPD officer hurt her neck and low back in the crash. Her doctors performed a discography and decompression surgery on her neck.

VB obtained a very favorable confidential settlement for the HPD officer shortly before the case was to go to trial.