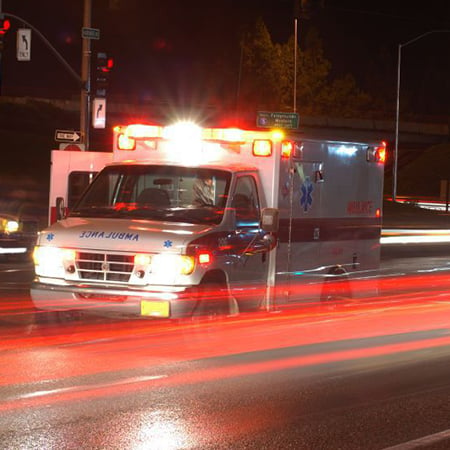 Just before sunrise on October 27, 2004, our client, a 44-year-old chemical plant operator, was riding his motorcycle westbound on U.S. 290 near Brenham. The weather was foggy. When a commercial box van pulled out in front of the motorcycle, the driver was unable to stop.

The motorcyclist had not been wearing a helmet at the time of the collision. When emergency medical personnel arrived at the scene, they found him unresponsive. He was rushed to the emergency room and later transferred to Memorial Hermann Hospital in Houston. The report from trauma and neurosurgery specialists was grim: the motorcyclist had multiple orthopedic injuries (including multiple fractures of the pelvis and a broken rib) as well as facial and skull fractures and bleeding in the brain.

After spending nearly a month in the hospital, the motorcyclist—who had regained consciousness—entered a specialty medical facility for aggressive rehabilitation care and management of his remaining injuries. At that point, the medical bills for his treatment exceeded half a million dollars.

The motorcyclist retained VB Attorneys to seek compensation for his losses due to the collision. A lawsuit was filed naming the driver of the van and his employer, Teris LLC of Dallas, Texas, as defendants. The suit claimed that the driver was negligent in failing to yield the right of way, and that the hazardous waste transportation company was negligent in hiring and employing the driver.

The report from the investigation by Brenham police largely supported the claim, concluding that the van driver was responsible for the crash. An eyewitness who was in traffic at the time of the incident also reported that the van pulled out ahead of the motorcycle.

Attorneys for the defense denied any responsibility for the accident.

This case went into mediation twice with the hope that negotiation could provide a settlement without a trial. During the second mediation process, about three weeks before a scheduled trial date, the parties reached a settlement of $4.5 million.

This is believed to be the largest settlement in recent years involving an injured motorcyclist who was not wearing a helmet when the accident occurred.