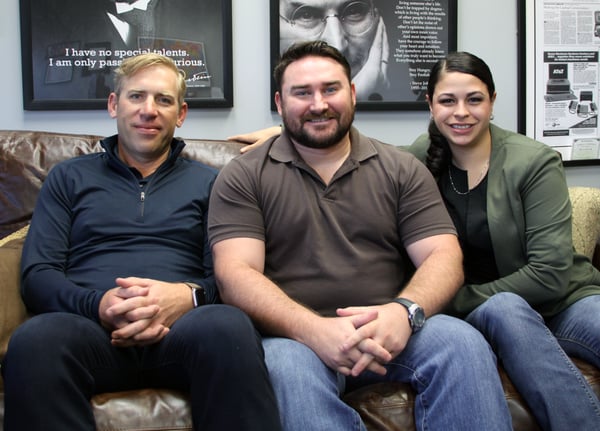 LDL Trucking hired Jose Salazar without running a background check, testing him for drugs, or supervising him to make sure he was actually qualified. They put him behind the wheel of an 18-wheeler anyway. Two weeks after Mr. Salazar was hired, he was driving on a Houston freeway in the rain. Cars in front of him had stopped. Mr. Salazar did not stop. His truck jackknifed and the flatbed trailer slammed into a group of cars.

Houston Police Officer Chase Myrick was in one of those cars. He was off-duty and driving his personal car. As a first responder, he was trained to help others even though he was hurt. Despite injuries to his hip and back, he got out of his car and went to see if anyone else was hurt. When on-duty first responders arrived, he was transported to the hospital to have his injuries examined.

The pain continued to get worse in the days and weeks following the crash. Officer Myrick was diagnosed with a disc herniation and a condition that causes his vertebrae to slip onto the bone below it. This condition causes him to suffer from chronic pain. Officer Myrick was 29 years old at the time of the wreck and suffering the pain of a man decades older.

His doctors recommended he get epidural injections into his lower back to try and relieve some of the pain. These injections provided short term relief from the pain.

In addition to serving the Houston community as a police officer, Officer Myrick is a husband and a dad. He is the sole provider for his family. He has trouble playing with his kids. Despite his pain, he did not miss any work as a result of the wreck. His unit depends on him. His family depends on him.

Officer Myrick needed help getting his medical bills paid – $15,000 is a ton of money on a police officer’s salary. He hired our firm to help him out. Brian and Lena began investigating his case right away. They discovered LDL Trucking couldn’t have broken more federal trucking regulations and safety rules if they’d tried. They discovered the truck driver fled the country after the wreck, before a drug test, before he could be deposed for this lawsuit. Despite the truck driver having received a ticket for failing to control his speed at the scene of the wreck, the trucking company refused to do the right thing.

At the end of January 2017, we met with the company, its lawyer, and its insurance representatives to mediate Officer Myrick’s case. The mediator saw how serious we were about taking Officer Myrick’s case to court. Within a week, after much discussion and negotiating, the insurance company agreed to pay Officer Myrick $550,000. This money will help Officer Myrick get the medical care he needs and help ensure his family’s financial security in the future.