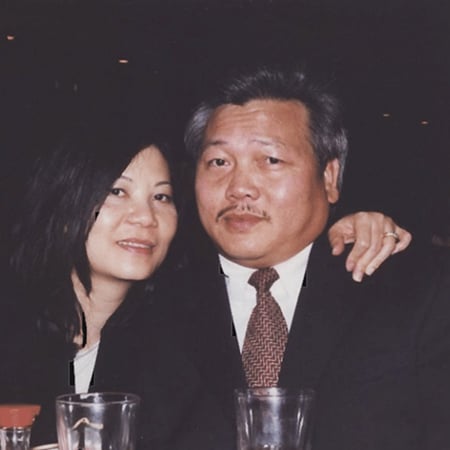 Driven to death by a distracted driver

In the early morning hours of October 7, 2005, a Houston real estate agent was driving on I-10, just East of Columbus, Texas. The stretch of highway was dark, and he was going below the speed limit in the right-hand lane of the highway. Unbeknownst to him, a freight liner hauling two loaded trailers was barreling down the same dark stretch of highway. The truck driver, having just finished a sandwich, took his eyes off the road to look for a Coke he’d placed in a cooler on the passenger side of the truck. Next thing he knew, he’d slammed into the back of the realtor’s car, instantly killing the realtor.

Other drivers on the road called 911. The real estate agent’s car was a crumpled mess. The 18-wheeler had gone so far into the car, there were tire marks on the backs of the front seats. The car had come to rest off the road, under an overpass. The 18-wheeler had so much momentum it continued moving, eventually going off the road and rolling over on its side. A state trooper was nearby and was the first on the scene. He saw the 18-wheeler first. The driver gave a statement to the trooper, saying he didn’t see the car since his eyes were not on the road. The truck driver was cited by the state trooper for failure to control speed and for driver inattention.

The real estate agent was survived by his wife and four children. They hired VB Attorneys to file a wrongful death lawsuit in Harris County District Court against the distracted driver and his employer, a major national trucking company. Vuk Vujasinovic took the lead on this case and demanded compensation for the widow’s loss of consortium and the family’s loss of support. In addition, he sought punitive damages.

He launched an investigation into the truck driver and the trucking company. The company had installed state-of-the-art computer monitoring systems in their trucks that showed the driver habitually drove above the speed limit. However, the company was negligent in not reviewing the data provided by the computer system and allowing the truck driver to continue to speed. The trucking company had also not investigated the driver’s full driving record prior to hiring him, which included several moving violations. The company had also failed to follow federal rules on preserving work documents. Vuk included these failures in his claim for punitive damages.

The trucking company, however, attempted to cast blame on the deceased real estate agent. They stated in their response to the lawsuit that the deceased real estate agent had failed to “take reasonable precautions and/or exercise reasonable and prudent care…” to avoid being rear-ended by their 18-wheeler, whose driver admitted to not having his eyes on the road at the time of the accident. This attempt to cast blame on the deceased is a common tactic in 18-wheeler lawsuits. It was a transparent effort to make them seem less responsible for the realtor’s death.

Vuk mediated the case, but the parties were not able to come to an agreement. Vuk prepared the case for trial. However, just before the trial was to begin, 19 months after the realtor was killed, the trucking company settled with the real estate agent’s family for $2,500,000.00. The realtor’s wife thanked Vuk for the settlement saying:

“Vuk, it has been such a wonderful experience working with you and your staff.  Thank you so much for all the hard work that you did to help my family and I survive through the most difficult time of our lives.  Words really cannot express our immense gratitude for all that you’ve done.  We are still slowly healing day by day, but the future is looking more hopeful every day.  Everyone is doing well.  We have finally moved out on our own and my eldest daughter is now attending dental school.  Thank you so much again.”