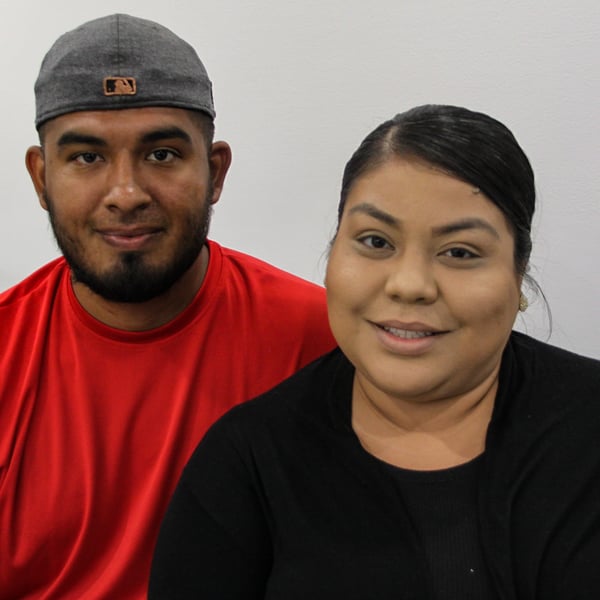 On December 19, 2017, Miguel and Alejandra were driving on Houston’s Southwest Freeway. The truck in front of them suddenly stopped – the driver had slammed on their brakes.  Miguel and Alejandra were able to avoid hitting the truck. However, the taxi cab behind them slammed into their car at high speed.  The impact from that crash pushed their car into the back of the truck.

Miguel and Alejandra suffered multiple serious injuries. Their car was in bad shape, too. They hired a law firm to help them hold the taxi company accountable for their injuries and losses. That’s when things went from bad to worse.

All the worst-case scenarios happened to Miguel and Alejandra. They never met their attorney in person. The law firm didn’t communicate with them. The attorney hadn’t even filed their lawsuit. And then the attorney wanted them to take an offer that was less than half their medical bills.

This was not the experience they’d signed up for. They expected more. So they started researching how to fire their attorney.

Miguel and Alejandra knew they definitely needed a new attorney. They needed someone who could move their case forward. That’s when they turned to us for help.

As soon as they fired their first attorney, Vuk and his legal team got to work right away.

Liza, Vuk’s paralegal, began researching the taxi company. She found that the taxi company was being sued by another Harris county resident over a wreck that happened in 2014. That lawsuit claims the cab driver failed to keep a proper lookout, failed to maintain control of his vehicle, and failed to merge safely.

Some of the same safety failures from that previous lawsuit were present in ours. We filed our lawsuit in Harris County District Court. We alleged that the cab driver and taxi company were negligent in:

Our lawsuit sought an amount exceeding $1,000,000 for Miguel and Alejandra. It was clear neither the cab driver or the taxi company did anything to operate more safely in the time between the two wrecks.

As a commercial vehicle, taxi cabs are held to a higher safety standard than regular cars. Cab drivers must follow all safety and traffic laws.

However, many taxi companies in Houston are owned and operated by individuals. Also, Houston doesn’t have a central regulatory agency that trains and supervises all cab drivers throughout the city. That means that even though cabs are supposed to be safer than regular cars and trucks, it’s difficult to enforce these safety laws.

That’s where we come in. Taxi companies are required to carry an insurance policy in the event their employees do cause wrecks. These policies are usually larger than the policies you and I would get. They’re also from companies who specialize in insuring cab companies and commercial vehicles.

In Miguel and Alejandra’s case, the company that insured the taxi was having serious financial issues that threatened our clients’ ability to be compensated for their injuries. The company was going under so quickly, they wouldn’t have been around if we’d moved heaven and earth to take the case to court the next week.

Our clients had both suffered serious injuries. More than a year after the wreck, they were still being treated by doctors for their injuries. Surgery to repair the damage will be needed in the future. Our clients needed compensation, but the company most likely wouldn’t have the money when the case went to court.

Our job is to get our clients the best result possible in the shortest amount of time.  In certain cases, we have to deal with companies and people going bankrupt, or other issues that could seriously impact our clients’ ability to be compensated fairly for their injuries. If that happens, our clients can keep moving forward with the case, or try to get as much compensation as possible.

One reason we communicate so frequently with our clients is so that our clients are fully informed about what’s going on in their case. That way, we can give our clients the best advice possible about your case. And our clients can make educated decisions about how they want us to proceed.

In Miguel and Alejandra’s case, they knew everything that was happening. They knew the taxi company’s insurer was having serious financial issues. They knew the risk of waiting – even though they were still recovering from the physical injuries caused by the wreck. They chose to get the best result possible under these circumstances. We settled their case for a confidential amount less than four months after they hired us.