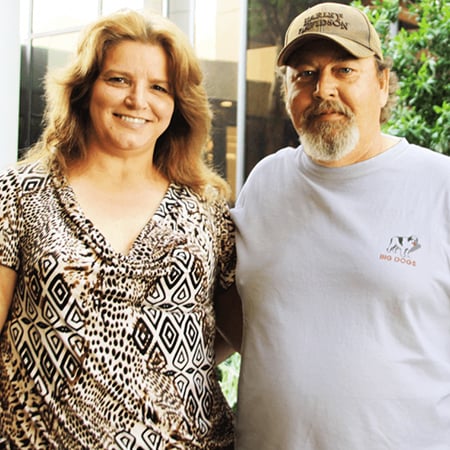 Career-ending injury aboard the Spartan 208

As an assistant driller on a Spartan Offshore jack up rig, Donnie was no stranger to hard work. For more than 20 years, Donnie has worked in the drilling industry. Before he started working for Spartan, he worked on land-based rigs. At Spartan, he moved up through the ranks from a floor hand to an assistant driller within a year. He kept his nose clean and followed safety procedures, acutely aware of how dangerous working offshore could be.

Aboard the Spartan 208, he was on the platform when the driller was working with some other men pulling slips. The guys couldn’t hold the slips, so the driller yelled at Donnie that it was an emergency and he needed to help the guys holding the slips. In lunging to help grab the slips, Donnie’s back went out. He told the driller, who had him go lie down and see if it got better.

It didn’t. After an incident report was filed, he was sent ashore on a boat. At the dock, he was met by a representative from Condon Claims. They drove him directly to the company doctor, who told him he was fine, that nothing showed up on the x-ray. Donnie thought Condon and the company doctor were on his side. In reality, they were doing what was best for the company, like they always do, and twisting his words and his injury to best fit the company’s interest in making a Jones Act claim go away.

Taking their future into their own hands

Donnie was sent home to rest for a few days and to see his family doctor. His back never got better. He was in pain. His wife knew that, even though Spartan was paying his maintenance and cure, the rug could be pulled out from under them at any moment. She started searching for answers. For situations that looked like what Donnie was going through.

They found Brian Beckcom, one of the country’s leading lawyers in offshore back injury cases and other serious injury cases. Brian agreed to accept their case and filed a Jones Act lawsuit against Spartan Offshore in Houston.

“My wife and I called Brian Beckcom at VB Attorneys because we heard he was one of the best in back injury cases for oil rig workers.”

Brian also got Donnie the medical help he needed. Donnie’s painful back was actually two herniated lumbar discs. He underwent two-level microdiscectomy surgery in January of 2014. In the end, Brian helped Donnie get two surgeries and convinced his employer to pay for both, including the follow-up medical care after the surgery.

The case went to mediation in May of 2014. Brian secured a very satisfactory settlement for Donnie at mediation. The settlement he obtained for Donnie will take care of his family for the foreseeable future.

“The settlement will take care of me financially for a very, very long time. If you get hurt on an offshore oil rig, there is only one lawyer who you should call – Brian Beckcom.”