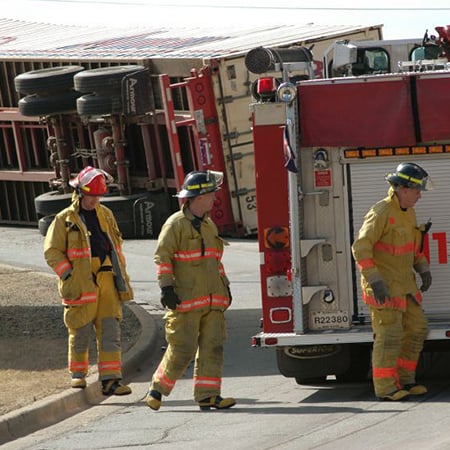 PHD Trucking settles suit brought by trucker with back injury

On the night of January 18, 2007, our client and another trucker were each driving 18-wheelers on Highway 69 outside Savannah, Oklahoma. Our client was in the right lane, and the trucker in the left lane attempted a right turn across traffic lanes into a truck stop. The two trucks collided.

After hiring Vuk Vujasinovic as his legal representative, the trucker who had been driving in the right lane sued the other truck operator, who was operating as PHD Trucking. The lawsuit was filed in Harris County District Court.

In this case, the medical history is complicated by the plaintiff’s prior injury. An incident in 1999 had forced our client to be off work for a year and a half and had left him with significant herniations and annular tears in at least two locations in his neck vertebrae. The 2007 accident left him with worse damage to the spine, requiring a bilevel fusion surgery. As a result of the injury and subsequent operation, he would not be able to work as a truck driver again.

The defense claimed that the previous incident accounted for the current damage.

Before the lawsuit went to trial, the parties settled for over half a million dollars. A separate lawsuit against Meyer Brothers Grain Inc., a business that hired PHD Trucking, went to trial about a month later and produced a judgment for our client. However, the damages awarded were less than this settlement, and so our client received no additional compensation.

Founding partner of VB Attorneys Vuk Vujasinovic and our 18 wheeler accident attorneys fought hard to award our client a $550,000 Settlement.