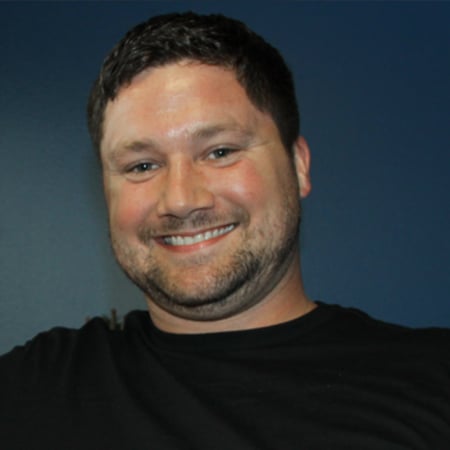 When Travis started working with Top Coat, an offshore fabrication company, as a pipefitter, he was assigned to work on land. About six months in, the company moved him to an offshore position on the M/V San Jacinto. His job on the vessel included making sure the welding and mooring lines didn’t get tangled or damaged.

On March 11, 2010, Travis was monitoring the mooring lines and taping down welding lines on the deck of the San Jacinto when a mooring line snapped back, badly damaging his abdomen and spleen. Travis was evacuated from the vessel. His injuries were so severe, a trauma surgeon had to operate to repair the damage. The force of the impact from the line didn’t just slice him open, it caused him to slam backward into the deck, injuring his neck.

According to the Jones Act, maritime companies are supposed to pay for their injured employee’s medical care and cost of living until they recover from their injuries. Top Coat refused. Travis had nearly $90,000 in unpaid medical bills. He couldn’t return to work. He was experiencing stabbing pains and numbness in his leg and pain in his back so bad it made him cry. He couldn’t do the light duty job the company offered him and was forced to quit. He tried filing an injury claim, but the company denied his claim, arguing he’d been hired as a land-based employee.

By treating him like he wasn’t an offshore employee, which allowed them to get away with not paying him and not paying for his medical treatment. A few months after he quit, he wasn’t getting any better and he knew he needed help. He hired us to help him. Vuk’s team started investigating right away and filed a lawsuit on Travis’ behalf.

We claimed Travis was, in fact, a maritime employee and was protected by the Jones Act. Which meant the company had failed to do their job. The company fought us tooth and nail, but we succeeded. The evidence was on our side.

Our maritime expert went over every inch of the San Jacinto and examined all of the records from the vessel. He determined that the company had failed to properly train Travis, failed to safely supervise this dangerous operation, and had failed to ensure the mooring lines had  warning barriers to prevent people from coming too close to them. A maritime surveyor hired by Top Coat inspected the San Jacinto in July of 2010 and determined the vessel was in poor condition, highlighting the area Travis had been injured as one of the parts of the ship that needed repairs. He testified that the condition of the San Jacinto was such that it could have contributed to the mooring line failing and snapping back and for the welding lines to need constant attention.

Travis’ doctors determined that if his neck didn’t heal on its own, he may need a neck surgery in the future. His doctors estimated his future medical care could cost $295,000.

In July 2011, just 9 months after Travis hired us to help him, the company agreed to settle Travis’ case for a confidential amount. The settlement allowed Travis to move forward with his life and go to school to study construction management. His injury has inspired him to specialize in safety to prevent other people from being hurt on the job.