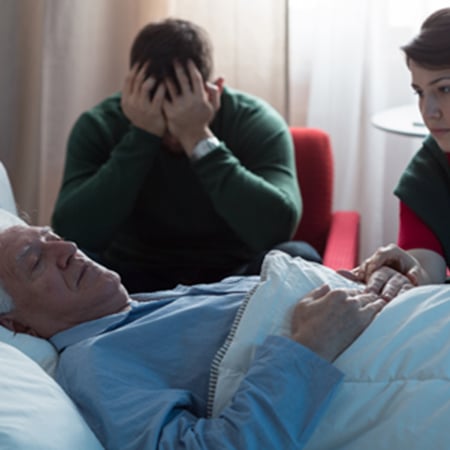 A nursing home, a physician and a laboratory agreed to pay $1.5 million to settle a case arising from the wrongful death of an 87-year-old nursing home resident. During the evening of May 25, 2000, a charge nurse forced Oscar Gonzalez, a resident of unidentified defendant nursing home, into his room, causing him to fall over in his walker and strike his head. The charge nurse put Gonzalez to bed and then, with the assistance of the other nurses, concealed all evidence of the fall. Gonzalez’s roommate observed the fall, and testified that the charge nurse and the other nurses cleaned blood from the floor after Gonzalez fell.

One of Gonzalez’s daughters discovered him the next morning and arranged for him to be hospitalized. The hospital staff discovered that Gonzalez had a “panic level” of the blood thinning medication Coumadin in his system, and he died five days later of intracerebral bleeding.

Through extensive discovery, the plaintiffs obtained a plethora of evidence implicating the nursing home. The nursing home, for example, had prepared a facility investigation report naming the charge nurse as the alleged perpetrator who injured Gonzalez. Another senior nurse at the facility misrepresented to the State of Texas the circumstances surrounding the fall. This was not the first time Gonzalez fell at this facility; nursing home records indicated that Gonzalez had a history of falling and that he had, in fact, fallen earlier that day. There was also evidence that Gonzalez experienced conscious pain and suffering throughout the night of the incident and into the next morning. His roommate testified that he heard Gonzalez moaning and making sounds that he was in pain. Further, the deceased’s daughters testified that upon discovering their father the next morning, he was conscious and in pain.

The plaintiffs further alleged that the nurses failed to recognize the excessive blood thinning medication, ignored the family’s repeated requests to stop administering it, and failed to timely contact attending physician James G. Shoemaker. Also, the plaintiffs claimed that the nurses failed to follow-up on critical lab testing Shoemaker had ordered on the date of the fall and failed to respond to communications from Drummond Clinical Laboratory regarding Gonzalez’s dangerously high level of blood thinning medication.

Discovery further revealed that, two weeks prior to Gonzalez’s fall, the nursing home administrator circulated a memorandum stating that all employees were responsible for effective follow-up on lab results. In addition, records obtained from the Texas Department of Human Services revealed that the facility had been previously reprimanded for staffing shortages and staffing competency issues.

Gonzalez, 87, had a history of Alzheimer’s disease, past aortic valve replacement with prosthesis, congestive heart failure, atrial fibrillation, and pleural effusion. He died as a result of fatal injuries he received when a nurse forced him into his room, causing him to fall over in his walker and strike his head, which led to intracerebral bleeding while his system contained a “panic level” of the blood thinning medication Coumadin.

The defendants argued that he died from a stroke rather than from intracerebral bleeding. Further, they all pointed fingers at each other.

This case was mediated in January 2002 with Tommy Proctor, a solo practitioner in Houston.