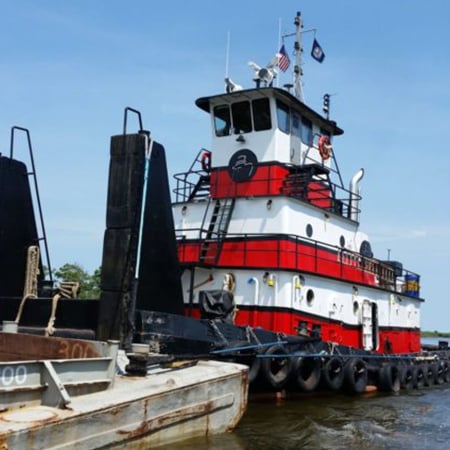 Our client, a deckhand employed by Norfolk Tug, seriously injured his lower back and neck in a work-related accident. It happened when a defective piece of equipment attached to a barge lifted him into the air and threw him to the deck.

The deckhand suffered major injuries, which required an intense course of physical therapy. After completing physical therapy, he went back to work. His doctor recommended light duty with a 50-pound weight restriction in order to prevent further injury. His supervisors at Norfolk Tug ignored the restrictions and sent him back to full duty. Our client hurt his back again, which eventually led to two back surgeries.

A leading maritime academy contacted our firm after learning that the deckhand, who was an academy graduate, had been injured. Brian, who is an experienced Jones Act lawyer, took the case and filed it in Philadelphia, where the second injury occurred. Attorneys for Norfolk Tug attempted numerous legal maneuvers to avoid compensating our client. However, a few months before the scheduled court date, we were able to negotiate a satisfactory settlement.