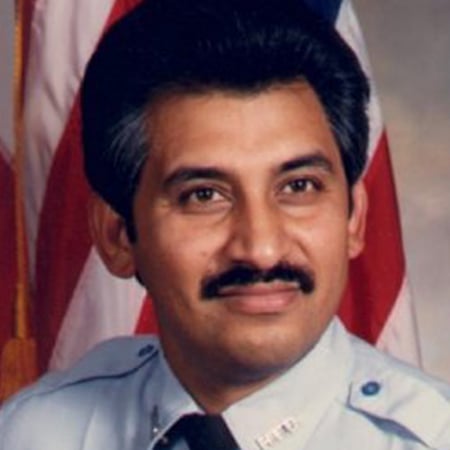 Tranquilino grew up in Flatonia, playing on the football, softball, basketball, volleyball, swimming, and diving teams. After graduating high school in 1969, Tranquilino worked with his dad, building fences; however, he knew he needed to find a long-term career, so he signed up with the fire department. He had a good job, and he enjoyed working on a rescue truck. He and his wife raised their six children, worked hard, and provided for their family.

He had been in a car accident in 1988, where he injured his back. His doctors put him in traction for three months and then had him build up his muscles to protect his spine by having him undergo a rigorous workout regimen that included free weights and machines. Since that accident, he had continued to work as a firefighter for 13 years without any issues. He kept playing sports and even began meditating. He even continued to build fences with his dad until 1999.

On the day of the accident, Tranquilino was headed home to pick up his jogging clothes so he and his fellow firefighters could go for a run. He was driving down I-10 in Houston in stop-and-go traffic. He never saw the truck that hit him. All of a sudden, he felt the impact, his head hit the back window of his truck, his car went flying forward, and he slammed on the brakes to avoid hitting the car that was 20-30 feet in front of him. After his car stopped, he saw that the truck that had hit him had smoke coming out of it.

His 29 years of fighting fires meant he acted on instinct. He ran over to the other truck, saw that the driver couldn’t get out, and asked if he needed an ambulance. The driver said no. At that time, an off-duty motorcycle cop drove up and asked if they needed help. Tranquilino asked if he could call it in and get a patrol car out, but said that they didn’t need ambulances. The other driver gave him his company’s information to contact about getting everything taken care of.

Firefighter’s worsening back pain required surgery
Tranquilino headed back to work because he was running late. At that point, his head was aching from hitting the rear window. He started having stiffness in his neck and lower back a few days later and went to the doctor. In early April, nothing had improved and now he was hurting very badly. The doctor prescribed physical therapy, which aggravated his back more. By May, he was experiencing numbness in his right leg and down his right arm. He wanted to avoid surgery at all costs, but the numbness kept causing him to fall down.

He couldn’t work on the rescue truck, much less play sports. He had become home-bound. He and his wife were worried about what would happen if he couldn’t get better. He got second and third opinions, eventually getting a laminectomy in 2002 to try and ease some of his pain and discomfort.

Tranquilino’s surgeon testified that someone who has back surgery will have more problems down the road than someone who didn’t, but once a disc ruptures, it can set in motion a process of degeneration. The surgeon said that Tranquilino could never go back to work for the fire department in a physical capacity and would require a neck fusion surgery in the future that would cost at least $40,000 to $50,000.

Newtron, Inc. settles lawsuit
Tranquilino hired Vuk Vujasinovic to pursue a lawsuit against Newtron in 2001 since the driver who hit him was on the job at the time of the accident. Newtron Inc. is an electrical instrumentation company in Jefferson County. The defendants argued that the accident was unavoidable and that Tranquilino’s injuries were all because of his 1988 accident.