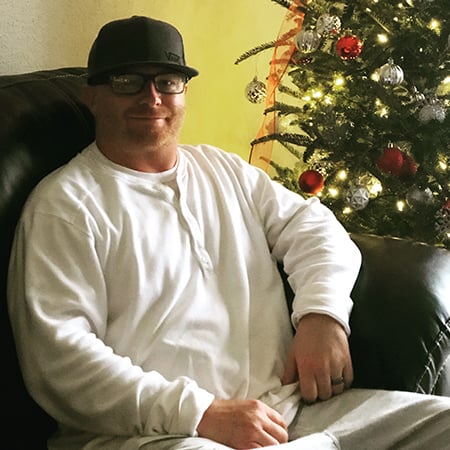 A line handling company hired on our client as a greenhand line handler. Usually, companies put greenhands through extensive training before putting them to work on their own. This normally includes safety programs that have both classroom-style and hands-on training.

Except this company’s entire safety program was less than 4 pages long. They didn’t do any standardized training or written training. They didn’t mentor new hires. They just put him to work. About a month into the job, our client’s assignment was with a young captain. They went out to a mooring station to release the lines of a tanker.

Alone and unsupervised, Josh climbed the mooring station tower and attempted to release one of the two lines. Except it was stuck. Frozen. He called for help. The captain climbed up the tower and helped him release the line from the mooring hook. The captain went back to the ship. He did not stay to see if the other hook was frozen.

The second mooring hook was frozen as well. Josh couldn’t get it open. He managed to pull out the safety pin, but the lever wouldn’t release the hook. After struggling with it, the mechanism snapped open, violently striking his right hand. He didn’t have time react or move his hand out of the way. His hand got crushed.

Josh thought his hand was broken. He called down to the captain and told him it was broken. He then crawled down the tower back to the vessel. His bone was sticking out of his hand, so the captain took him back to the dock. A supervisor first took him to a minor emergency clinic which was closed. Josh was forced to wait, with a bone sticking out of his hand, until it opened. An hour later, he got so fed up that he demanded to be taken to a real emergency room. The supervisor drove him to Spohn Memorial in Corpus Christi.

The same day his hand was crushed, he had surgery to have his hand pinned. Then had two operations to remove the pins a few months later. About six months after that, he had a tendon release operation. He began physical therapy, occupational therapy, and medication. A year after the incident with the mooring line hook, his hand was swollen, he was experiencing skin changes, he didn’t have full range of motion, and he had moderate to severe pain in his hand.

He was diagnosed with Complex Regional Pain Syndrome. He has been treated with medications and nerve block injections. His pain management doctor recommends he get a spinal cord stimulator as a long-term solution to managing his pain levels.

The refining company was responsible for making sure the mooring lines and the hooks were in safe, working order. There was evidence that the company had been notified by Josh’s employer that the lines and hooks were not in good working order and that they needed to be properly maintained. In addition to this evidence, the hook inspection records showed that several hooks were in poor condition or were non-functioning when they were inspected. Josh didn’t know any of this history.

Josh’s hand was crushed because two companies failed to comply with safety regulations. The future of his maritime career was put in jeopardy because of the companies’ negligence.

Safety regulations are meant to be the minimum requirements for safe operations. Companies are supposed to go above and beyond the regulations in order to ensure the safety of their employees and others. In this case, neither company met even the bare minimum when it came to training, supervision, and safe operations.

Josh’s turned to us for help when the company when he realized the company wasn’t looking out for his best interests. He couldn’t provide for his family and didn’t know when he’d be able to use his right hand again. He felt as if the adjuster and the company doctor were trying to rush his treatment.

Line handler turns to our firm for our Jones Act expertise

He needed Jones Act experts. After consulting an attorney in Corpus Christi, he was referred to us for help with his Jones Act claim.

We filed a lawsuit against his employer for failing to comply with the Jones Act. The refining company was also sued for its own negligence.

Brian Beckcom and Lena Laurenzo were the lead attorneys on Josh’s case. They discovered Josh’s employer barely had a safety program, did not provide appropriate training or supervision, and just expected Josh to figure it out as he went. The Jones Act requires companies to provide a safe working environment as well as the proper training and supervision to do his job safely.

Lena resolved Josh’s case satisfactorily. Josh has used this time to figure out a new path forward. It isn’t the path he thought he’d take in life. One thing he knows for sure is that he is determined to keep moving forward and to keep supporting his family. While Josh hasn’t been able to go fishing, play with his kids or his dog, work with his hands, or do anything that requires him to use his right hand for long periods of time, he is looking forward to his future.

He has taken the time to work on getting industry certifications and training to be able to continue his maritime career. Whether it’s dockside or on a vessel, he is eager to get back to work. Recently, he sat down with us to talk about how we’ve helped him. Watch his testimonial here.