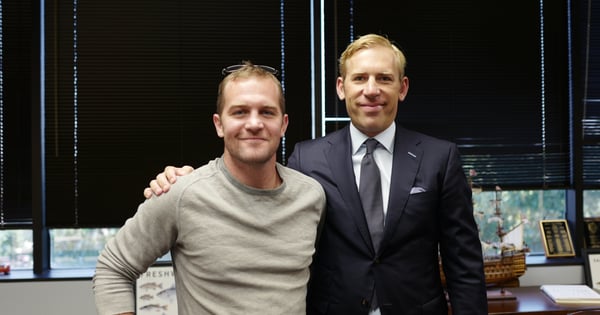 X-Subsea USA, LLC, was on the verge of bankruptcy in late 2014. They were rushing crews, planning jobs poorly, and not staffing jobs with enough people to do the jobs safely.

Jordan was a supervisor for X-Subsea. His last hitch for the company was late October 2014. His bosses knew they were understaffed that hitch and knew they’d arrived at the X-Subsea vessel after a 12 hour trip with no rest. But they insisted he get his crew working right away. During that first shift, he herniated two discs in his lower back.

When Jordan was back on land, he was concerned about his company taking care of his medical bills. He knew a heating pad and some Advil wasn’t going to fix his back. He already had $12,000 in medical bills. X-Subsea ganged up on him, offering him $1,500 if he would sign a release.

He hired our firm to help him fight X-Subsea.

Jordan needed a surgery, even the insurance doctor hired agreed he needed back surgery. Under the Jones Act, the company is obligated to pay for Jordan’s back surgery. Unfortunately for Jordan, not only did the company try to lowball him from the beginning, X-Subsea went bankrupt in early 2015. We were able to get the bankruptcy court to let us continue with our Jones Act lawsuit against the company.

We continued to investigate his case. Jordan was able to get the surgery he needed to fix his back. We mediated his case on September 14, 2016, and were able to negotiate a large settlement for Jordan. After his lawsuit was over, Jordan sat down with us to talk about how we helped him. He says:

“Hi, my name is Jordan Naylor. I was injured working offshore about two years ago. And I searched out VB Attorneys and I’m very happy that I did. I mean, between Brian and Lena and Patti, you know the amount of legwork, you know I – dealing with Patti, mostly. A lot. And I know she probably has a full plate on you know, but just was always there, you know, to help me out, you know, answering my emails setting up flights or hotels, or you know loans or whatever it might have been, you know.

“First of all, Patti – thank you. Thank you. Thank you so much for everything. You’re great. And then obviously, Brian, you know, is just a real guy. I guess, you know, sometimes you get these feels of like, attorneys, or you meet some attorneys and they just have like that fake kind of demeanor and they’re just going through the motions. You know. And it seems like you could just sit down and talk to Brian as a real person, you know, and he shows legitimate concern like I said before about my health. And it’s just, it’s just every time I see Lena, it’s just you know, she always has a smile and gives me a hug and just the amount of work they’ve done for me is – it’s amazing and I thank you guys so much, you know.”