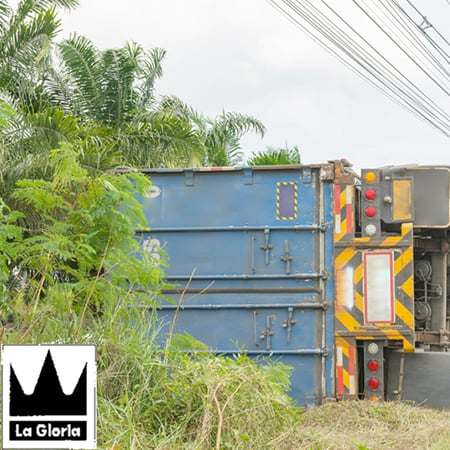 Peggy, our 51-year-old client, was involved in a motor vehicle accident on SH 321 in Liberty County, about one mile north of Dayton, in August of 2002. While driving a 1982 Oldsmobile Cutlass, she slowed down and came to a stop, intending to turn left into a driveway. A tractor-trailer, owned by La Gloria Oil and Gas and driven by employee Curtis Walton, approached from behind. The truck braked and began to roll over, ultimately striking and rolling over the top of the Oldsmobile. Walton, the tractor-trailer’s driver, was cited for speeding by the DPS trooper who investigated.

Unfortunately, Peggy sustained a number of serious injuries in the accident, and she needed medical care for:

At this point, she had incurred approximately $120,000 in past medical expenses. Although she was very seriously injured, our client did not include lost wages or lost earning capacity in her later personal injury claim because she was unemployed at the time of the accident.

Skillful representation in a case of speeding, distraction, and faulty brakes

With the help of Vuk Vujasinovic, Peggy sued La Gloria Oil and Gas Company of Pasadena and Walton for negligence, alleging that:

In response, the attorneys for La Gloria claimed that Peggy was responsible for the accident, arguing that she had suddenly stopped in the road, failed to signal her intentions, and failed to properly look out for traffic. They further maintained that the brake lights on Peggy’s vehicle were not working at the time of the accident.

With Vuk’s skillful investigation and representation, Peggy was able to assert her side of the story and achieve her legal goals. The case ultimately settled in mediation for $1,210,000 on June 19, 2003, in her favor.