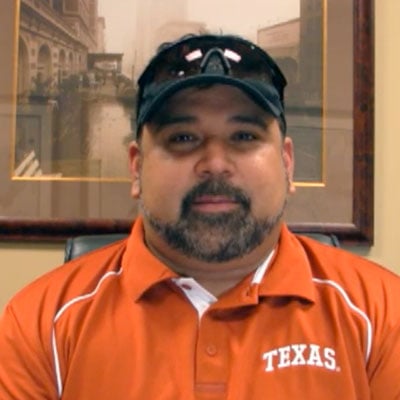 High hopes for a career offshore

For Robert, working as a deckhand for Kirby Inland Marine was a natural continuation of serving in the Navy. He’d served for five years, stationed at Pearl Harbor and deployed to Iraq. He liked working on the water, and his goal was to make Kirby where he made his career. It was Robert’s third hitch on one of Kirby’s barges when he was injured while helping a tankerman disconnect the vapor hose.

In May of 2010, Robert and a tankerman had gone on deck to help assist in loading fuel into the barge. They were tasked with disconnecting the vapor hose while product was being loaded into the barge. Located below the vapor hose and the cargo hose were two hatches covering the drip pan. The drip pan was supposed to be uncovered every time the barge was being loaded or unloaded.

A misstep of career-ending proportions

They unbolted the hose, and instead of falling down into the drip pan on its own, the hose jerked back and about a gallon of product spilled out in the drip pan. Because the drip pan was now slick with product, Robert lost his balance and fell backward, wrenching his knee and landing on his back. The pilot saw his fall and called Robert, but Robert said he wanted to work the rest of his shift, thinking his knee would be fine. Robert relied on the pilot reporting his injury that morning per policy, but that wasn’t the case. Unfortunately, it only kept hurting worse as the day wore on. He told the tankerman about his knee that night, his Navy training kicking in.

He thought that if he reported his injury to his supervisor like he was supposed to according to Kirby’s rules, it would be handled properly. It wasn’t. Eventually, it did get to the captain, who had him pack his things and got him off the barge the next day.

A few days after the injury was reported, Kirby’s lawyers met with Robert’s crewmates and started investigating the accident. Robert went and had his knee examined at the hospital as soon as he left the barge. He stayed at Kirby’s light duty house and contacted a lawyer a few days later. After an unpleasant experience with Kirby’s lawyer, he went home.

Moving forward beyond the injury

Robert, who was 40 at the time of the accident, is a divorced dad of three. His youngest was around seven years old at the time of the accident, and he took care of her most of the time and they lived with his mom. He is the primary caregiver for his mom and has been for over 20 years. Robert went to a doctor about his shoulder and knee five days after the accident, where he received a cortisone shot for his shoulder and he was prescribed physical therapy. He went to physical therapy for about two months, but it just aggravated his knee and shoulder issues. From there, he went to see a specialist, who ordered imaging and diagnosed him with a rotator cuff tear and a bulge to a disc in his lumbar spine. The specialist recommended he have back surgery to correct the issues he was having with his spine.

A lawsuit was filed against Kirby approximately two months after the accident, and it settled a year and a few months after it was filed. The settlement amount is confidential; however, it will allow Robert to obtain the back surgery he might need to repair the bulging disc. Robert is planning on going back to school and becoming a licensed radiology technician.