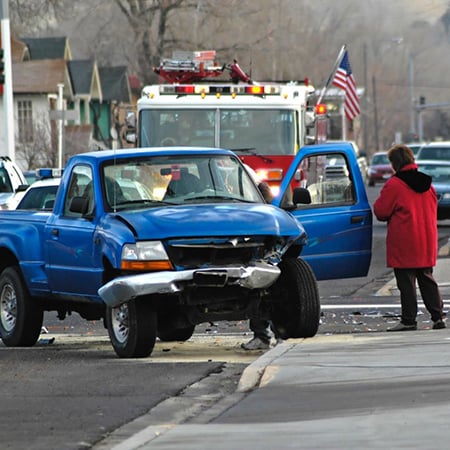 On March 24, 2001, Roel, a 25-year-old tire repairman, was driving a pickup truck headed northbound on U.S. 281 in Hidalgo County. An 18-wheeler crossed Roel’s lane of travel, attempting to enter a gas station. The rig failed to yield the right-of-way, and Roel collided with the trailer of the 18-wheeler. The rig was driven by Ramon Canela, an owner-operator for IFA Trucking Inc.As a result of the accident, Roel was diagnosed with:

Coronado and his wife, Celinda, sued the driver, IFA Trucking, and another IFA Trucking owner, Rogelio A. Arvid. In the lawsuit, the Coronados alleged negligence in the operation of the 18-wheeler. CNA Insurance was the insurance company for IFA Trucking, Canela, and Arvid. Bob Farris Chevrolet-Oldsmobile Inc. and General Motors Corporation were nonsuited and were not parties to the settlement.

In the lawsuit, Roel sought compensation for:

Celinda, his wife, also claimed for loss of consortium in the case.

In response to the lawsuit, IFA Trucking, the drivers, and their insurance company argued against responsibility to the Coronados. They argued that Roel was contributorily negligent because he “failed to keep a proper lookout,” and they further contended that IFA was not vicariously liable for Canela’s conduct because he was an owner/agent working under contract for a different trucking company at the time of the accident. Facing a difficult legal battle to get fair compensation for their injuries, the Coronados turned to VB Attorneys for help.

Attorney Vuk S. Vujasinovic, of VB Attorneys, worked with the Coronados to resolve their case. Through his hard work and skillful negotiation, Vuk was able to show that IFA Trucking owed a responsibility to the Coronados for their losses. At the end of the case, the defendants paid $750,000—the full insurance limit—in response to the Coronado’s demand to settle the case. Attorney fees in this case were $300,000 and expenses were $12,000.