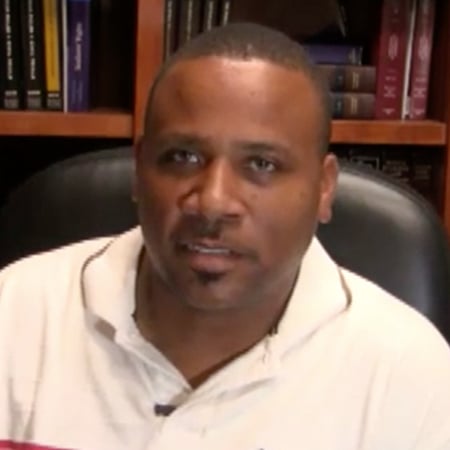 Our client, Frank, worked for Hercules Offshore for more than 10 years. and even though he didn’t have a high school education and had difficulty reading, he was able to work his way up to a position of influence within the company. He became a derrickman.

The work for Hercules was hard and labor-intensive, which meant Frank was injured more than once at work. But he always came back to work. He was a hard & loyal worker for Hercules. He trusted them.

Until he wasn’t able to come back.

One day, Frank was involved in a personnel transfer operation, which was an operation where the crane operator had to lower a personnel basket from the rig onto a waiting vessel, transfer the person in the basket onto the vessel or the rig, and then raise it back up to the rig.

What Frank didn’t realize, and couldn’t possibly know, was that the crane cables were defective. And, while he was in the basket, suspended over the ocean, the crane cable slipped, dropping the basket suddenly, and injuring Frank’s back.

Frank didn’t sue Hercules. Instead, he trusted them like he always had, went through physical therapy, and tried to return to work.

When he returned to work, he was demoted to a floor hand, even though he was still having difficulties with his back, and Hercules knew it. The job of a floor hand can be easily described as back-breaking. The kind of work most people don’t want to do because it is so tough on your body.

However, Frank was willing to do the job because he had put his faith in the company. He believed they would take care of him. Not surprisingly, Frank re-injured his back.

Then Hercules fired him. They called it a “Reduction in Force,” which may be a fancy phrase, but the end result was that Frank lost his job.

That’s when he realized he wasn’t getting anywhere with Hercules and hired our law firm.

Hercules threw every legal maneuver in the book at Frank, including filing motions to sanction his attorneys (us) more than once. We were able to win every significant battle. At the end of the case, Hercules paid Frank a substantial settlement. Frank was able to get his house and car back and have money to restart his life.

We see this sort of behavior a lot from the offshore employers. They have loyal employees who work hard and struggle through injury again and again, but once the employee turns from an “asset” into a “liability” the employer gets rid of him or her.

This unfair treatment by companies happens every day to honest & hard-working people who have been severely injured while on the job. If you have had this happen to you and you would like to discuss your situation with our attorneys, contact us.

After Frank’s case settled, he sat down to talk about his case and give some advice to other offshore workers:

“My name is Frank Martin. Brian Beckcom is a good firm to come to. I refer anybody to come to Brian Beckcom. I have a little story to tell you. I’ve been in the oilfield for fourteen years and a lot of people get discouraged you know, when you get hurt on rigs out there. And they tell you on the rigs that, ‘hey -don’t get you no lawyer, the company gonna take care of you, and you’re gonna lose your case.’

“That is not true. You have rights – to get you an attorney. to get your case taken care of right. It gonna be a long process involved, but just be patient. And go to your visits – as long as you do everything like that, you’re lawyer going to take care of you. So don’t ever think that you can’t never win your case. You can. I’m a living witness right now, you know. You can win your case.

“This settlement here is a wonderful thing right now. I get college funds for my kids, start over, get me another job, get back to work, and maybe take a vacation, and move on with my life.”