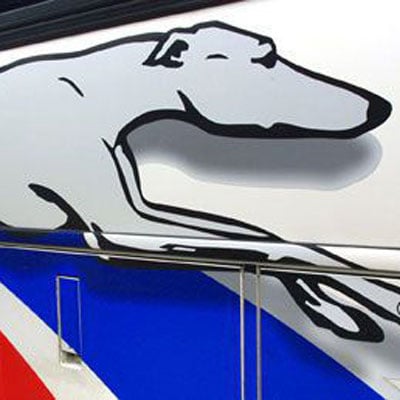 Maria was a passenger on a Greyhound bus driving on an Interstate in North Carolina. An 18-wheeler (The Mason-Dixon Lines, Inc.) pulled out in front of the bus, causing a crash. The bus rolled onto one side. There was strong evidence that the Greyhound bus driver had fallen asleep behind the wheel.One of the passengers fell on Maria’s hand. Maria, who was unemployed, was diagnosed with some torn tendons in two fingers on her right hand, for which she underwent two surgeries.

The Greyhound claims representatives ignored Maria’s claim, and never offered to pay her anything, not even her emergency room medical bill.  Similary, Mason Dixon ignored Maria’s claim.Maria, who lives in Houston, hired VB Attorneys to handle her claim. Vuk Vujasinovic was lead counsel on her case.Greyhound and its lawyers denied any responsibility for this bus accident, even after receiving the report of the investigating state troopers indicating the Greyhound bus driver was 100% at fault for the crash. Instead, Greyhound claimed the crash was caused by the 18-wheeler driver, and they sued the trucking company. When it came to the case, the trucking company blamed Greyhound for causing the crash.Greyhound and the 18-wheeler company each hired accident reconstruction experts and each expert blamed the other company.

Greyhound hired a medical expert, Korsh Jafarnia, MD., with KSF Orthopedic Center. This doctor’s case report read like he would support the company on the issue of damages. However, VB attorney Vujasinovic deposed this doctor, and he essentially admitted all aspects of Maria’s medical case.

Mason Dixon and its trucker filed a “special appearance,” a motion by which they challenge the jurisdiction of a Texas court. VB’s lawyers briefed this issue and defeated it.

Over twenty depositions were taken in the case. Some were taken in conjunction with another passenger’s injury case that was pending in North Carolina.

The case continued. More work was completed. About a month after mediation, VB lawyers settled the case for $712,500.