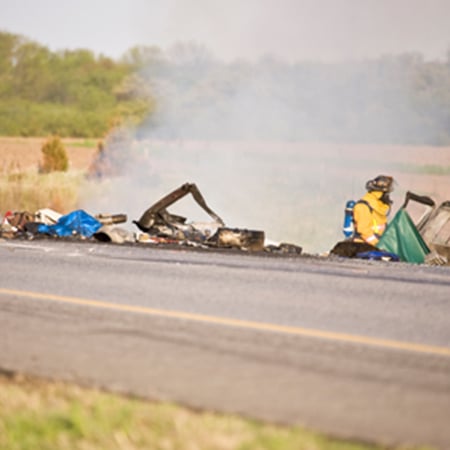 General Motors Corporation paid a confidential amount to settle a lawsuit filed by the heirs of two individuals who burned to death when the pickup truck they occupied was struck from behind by another vehicle and caught on fire.

The operator of the impacting pickup truck was intoxicated at the time of the collision. Vuk Vujasinovic prosecuted the products liability case against General Motors on behalf of the heirs and estates of the two decedents. The case was filed in Brazoria County, Texas.

It was alleged that a defect in the design of the fuel tank system of the pickup truck caused the post-collision fire and burn deaths. Mr. Vujasinovic bolstered the case against General Motors with evidence of numerous other similar incidents. Experts in the areas of automotive defects and biomechanics were retained to address liability issues, and several medical experts were retained to address the cause of death and other damages issues.

General Motors denied the allegations throughout litigation, contending that the occupants died as a result of orthopedic injuries rather than burn injuries and that the intoxicated driver of the impacting pickup truck was the sole cause of the death of all occupants. General Motors paid a confidential amount to settle the lawsuit after extensive discovery was conducted by all parties.