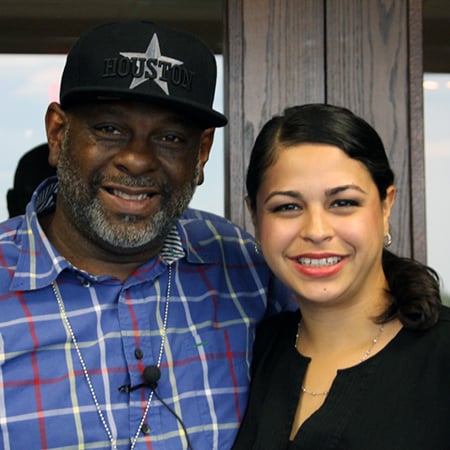 For two and a half years, Keith was called a liar. He’d been rear-ended on a Houston highway, but the driver who hit him denied everything and refused to accept any responsibility for hitting him. And because she denied hitting Keith, her insurance company, GEICO, denied his claim.At that point, Keith turned to us for help. He knew the only way he was going to get justice was to hire a lawyer and have his day in court. Because GEICO had already denied his injury claim, we filed a lawsuit right away.The defendant driver had denied the wreck from the beginning, except for in a set of documents submitted to the court. In these documents she admitted that she had hit Keith. Months later, when Lena took her deposition, the driver again denied hitting Keith. When presented with her own admissions, she became defensive and still denied responsibility. The next step was mediation. Keith and Lena showed up bright and early, ready to work with a mediator to come to an agreement. However, the case never came close to settling at mediation. None of this deterred Keith from seeking justice. We took his case to trial in June 2017.Lena presented all of the evidence we’d collected to a Harris County jury. All Keith wanted was justice. All he wanted was for the right thing to happen. The insurance company’s lawyer tried, yet again, to paint Keith as a liar. When the driver who hit Keith was on the witness stand, Lena asked her if someone who hit her should take responsibility for the wreck. She said of course they should. The hypocrisy of their case was glaringly obvious.The jury returned a verdict of $17,724.83 in Keith’s favor. They put 100% responsibility on the driver. Keith got the justice he sought, and was satisfied.

He is ready to go on with his life and move forward one day at a time. He sat down with us after the trial ended to talk about his experience working with us. He said:

“Hello, my name is Keith. Two years ago, I was rear-ended on 610 and the lady that rear-ends me – and she knew that she rear-ended me – said that she didn’t hit me. So therefore, I sought a lawyer and I found VB Attorneys. And they represent me and I was very satisfied. Lena’s – Lena’s – she made me feel like she was my friend, you know, like we family. I mean, this was my first time ever suing anyone in my life, and I’m glad that I had her as my representative.”