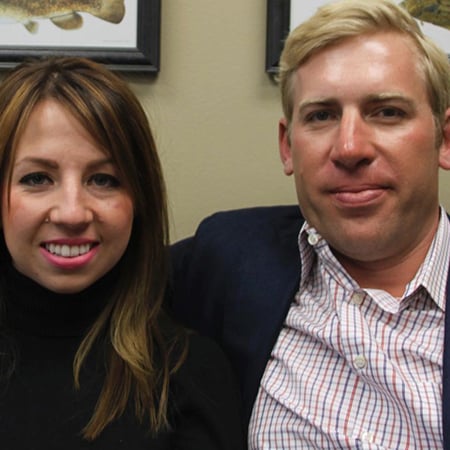 On October 31, 2011, Kristin, a local Houston beautician, was walking into a Best Buy store in Houston when the elderly driver of a car put his vehicle into “drive” instead of “reverse,” ran into the front of the Best Buy Store, and tore the meniscus in Kristin’s knee. Farmer’s Insurance Company insured the negligent driver.That was only the beginning of Kristin’s problems.Kristin hadn’t been through a lawsuit before and didn’t know any lawyers. She did know that her torn right knee made it impossible to work as a beautician, which requires you to stand for long periods of time.

So Kristin hired a lawyer based on the recommendation of an employee at a local medical clinic. She didn’t check the lawyer’s credentials carefully or verify that he was Board Certified. Instead, she trusted the person at the medical clinic.

That was a mistake.

The lawyer she hired didn’t do much of anything for almost a year. He didn’t file a lawsuit, he wouldn’t return Kristin’s calls or emails regularly, and near the end of his representation, he tried to convince Kristin to accept less than $20,000.00 in settlement even though the surgery Kristin received to fix her medial meniscus cost more than $20,000.00.

Kristin was getting fed up.

By a stroke of luck, Brian Beckcom was getting his hair cut at the same salon where Kristin works, and they were introduced through a mutual friend. When Kristin found out about Brian’s reputation in the Houston legal community, she decided she would fire her lawyer and hire Brian. Brian was glad to help because he realized that Kristin was getting nowhere fast and was confident he could help her win her personal injury case.

So Kristin fired her lawyer, hired Brian, and in less than 4 months Brian had her case settled for the maximum insurance limits of $100,000.00. Brian also got her medical bills reduced, paid off all her expenses, and got a nice amount of money in her pocket as well.

Brian says Kristin, like most of his clients, is more than a client, she’s a friend.

“Kristin is a perfect client for me. She was obviously a wonderful, honest, nice person who needed help. She was being treated poorly by the insurance company; she made a mistake and hired the wrong lawyer to help her. I knew I could fix things for her. I didn’t think there was any chance Farmer’s Insurance would take a risk of seeing me in the courtroom with Kristin by my side. I knew it would be a bad day for Farmer’s Insurance. I was right.”

We are pleased to announce a great settlement for Kristin.