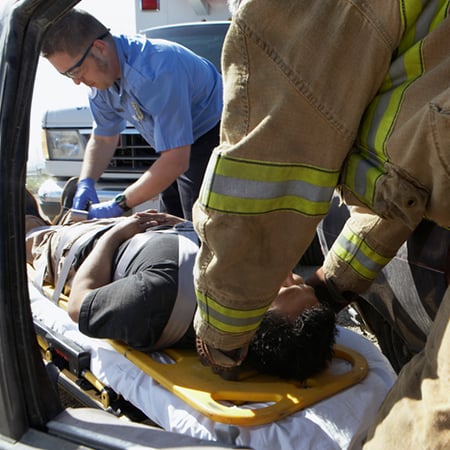 Firefighter and paramedics taking victim out of crashed car.

The company driver claimed the accident was not his fault because all the cars in front of him suddenly stopped.  He also said the TSU student was at fault for not paying attention.  VB took several depositions and developed the case to a point where the company finally conceded its driver was at fault for the crash.

The TSU student hurt his neck in the accident.  His doctors said he needed to have a neck surgery.

VB obtained a favorable confidential settlement, far more than what the insurance company initially offered, shortly before the trial date.