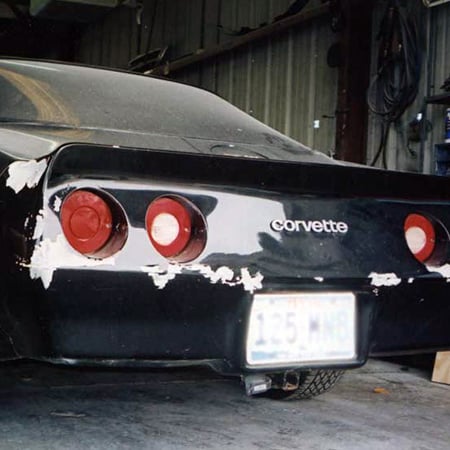 Lee was driving his Corvette on Interstate 45 in Conroe, Texas, when he was rear-ended by an 18-wheeler operating under DWD Transportation. The 18-wheeler company and the truck driver had insurance with Carolina Casualty Insurance Company.

After the insurance company denied Lee’s claim, he hired VB Attorneys to pursue his claim.

VB’s lawyers filed Lee’s case in Montgomery County, Texas. The insurance company then had to hire a lawyer to represent the trucking company and the truck driver. This lawyer recognized that the accident was the truck driver’s fault, so the case was evaluated based on Lee’s injuries.

The main defense argument was that Lee’s Corvette had almost no damage to it, so he could not have been hurt in this crash. VB’s lawyers defeated this defense through consultation with Lee’s doctors and experts in the field of biomechanics.

Lee mainly injured his wrist and elbow, and he had to have surgery to both about a year after the accident.

We worked up Lee’s case. We wound up mediating the case, where it settled for a very favorable amount.