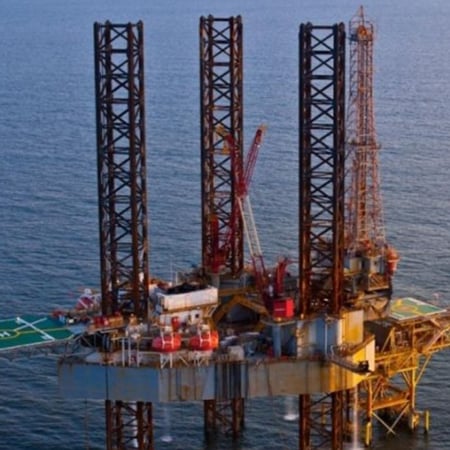 Diamond Offshore failed to provide our client with adequate training and supervision when he was assigned to work as a roustabout on the Ocean Summit jack up rig in the Gulf of Mexico in 2009.

He was told to work from a work basket chipping paint from the underside of a catwalk. He was working alone. In order to reach the area he was told to work on, he had to use one hand to grab hold of the underside of the catwalk and physically swing the work basket into position. was not given a safer way to do the job and injured his back. He initially noticed the pain about halfway through his shift and told the safety representative onboard the rig about his back hurting. The safety representative dismissed his concerns and our client finished his shift. As soon as his shift ended, he went straight to the safety representative’s office to report that his back was still hurting. The safety rep gave him some ibuprofen and a heating pad. Our client worked two more days in pain before he was injured again unloading the grocery box. Then the safety representative filled out an incident report. The offshore installation manager put our client on light duty for the rest of his hitch.

Two days after the incident report was filed, the safety representative was fired by Diamond Offshore for failing to follow policies and procedures when it came to reporting our client’s injuries.

Diamond’s employee had a back surgery, which was paid for by the company per its obligations under maintenance & cure.  But when the roustabout’s doctors said he needed more surgery, Diamond Offshore decided it did not want to pay for any more medical care.

The roustabout hired our law firm to file a Jones Act case for him. Vuk and Sean handled the case.  We filed the case here in Houston, Texas, where Diamond Offshore has its main offices.  We took depositions of various crewmembers, who testified that the only safe way to access the area our client was assigned to work on was to erect scaffolding, not to use a work basket.

We also hired an offshore liability expert to prove Diamond Offshore failed to provide its roustabout with a safe place to work, which caused the injury.  Through our expert, we were able to prove that Diamond violated many offshore work rules.

We collected all of the roustabout’s medical records, talked to his doctors, and hired experts in fields such as economics and vocational rehabilitation to prove his damages.