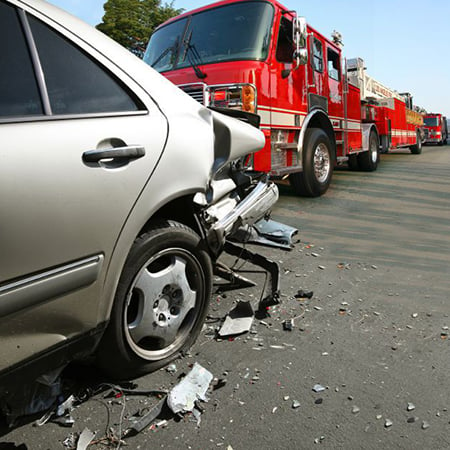 At 11:30 a.m. on May 20, 2003, Juanita, 55, a school teacher and part-time cafeteria waitress, was driving a Plymouth Sundance at the intersection of West Dallas and West Davis streets in Conroe, when an 18-wheeler driven by Robert Barton Wood allegedly ran a red light and collided with her.Juanita sued Wood and his employer, Dan-Vic Distribution Systems Inc, Dallas, alleging that Wood was negligent in operating the 18-wheeler, Wood was not qualified to drive the 18-wheeler, Dan-Vic was negligent in checking Wood’s qualifications, Dan-Vic was vicariously liable for Wood’s negligence, Dan-Vic was negligent in entrusting Wood with the 18-wheeler based on Wood’s prior driving record, Dan-Vic violated Texas Department of Transportation (Tx-DOT) regulations, Dan-Vic was grossly negligent, and Dan-Vic and Wood spoliated documents required to be preserved by Federal Motor Carrier Safety Regulations (FMCSR) entitling Juanita to spoliation relief.

The defendants denied that they were negligent because (1) the light was yellow when the 18-wheeler entered the intersection, and (2) Wood’s prior driving record did not give rise to a negligent entrustment claim. Dan-Vic contended that it lost all of its Tx-DOT records when moving them to storage when it went out of business. Further, they alleged that Juanita was negligent in causing the collision.

At an oral hearing two months before the preferential trial setting, Judge William McAdams granted Juanita’s motion for spoliation sanctions based on the defendants’ spoliation of Wood’s post-accident drug and alcohol tests, his driver’s logs, his re-qualification file and the accident register for the collision. Per Juanita, the relief was a presumption that the spoliated documents would have been unfavorable for the defendants. Per the defendants, the judge intended to submit spoliation instructions at trial.

Juanita claimed injuries to her left knee and lumbar spine. She suffered a medial meniscal tear in her left knee for which she underwent arthroscopic exams and debridement six months post-accident. She suffered herniated discs at L5-S1 and L4-5 for which she underwent a laminectomy, discectomy and foraminotomy for a year and seven months post-accident.

Juanita sought $55,141.25 in medical bills. She also claimed that she suffered $23,000 in past lost wages and a permanent loss in wage-earning capacity. She earned about $17,000 annually at the time of the collision.

The defendants contended that Juanita’s low back problems were related to a prior condition for which she was on total Social Security disability for eight years from 1989 through 1997. Disability records showed that Juanita suffered from a condition known as Arnold Chiari Syndrome, a congenital disease of the spinal column. In March 1988, Silva had undergone surgery for the condition that included the placement of a shunt in her brain. Disability records revealed that Silva complained of continuous neck and back pain, numbness on her left side and trouble walking during her period of total disability.

Prior to the accident, Juanita had been working full-time for six years without back problems. During the nine months before the accident, she worked two jobs. Both she and her husband testified that she was fully recovered and in good physical condition prior to the accident. She claimed that she would not be able to return to work at either school or the cafeteria. However, she returned to work at Luby’s several months after her knee surgery but before her back surgery. Her economist calculated her future decreased income and disability damages to be more than $400,000.

According to the defendants, Juanita actually claimed and submitted past medical expenses of $153,513.01. They also disputed Juanita’s claim of permanent wage-earning capacity loss.