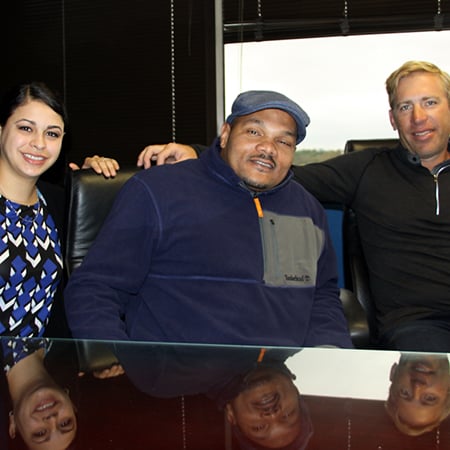 Sometimes, the only way a company discovers their safety policies and procedures are insufficient is when someone is injured. Herman had eight years of experience as a tankerman when he began working for a barge company. On completing training with this barge company, he went to work.

In April 2016, Herman was on a vessel handling the mooring lines. He followed all the safety rules, but wasn’t provided with enough crew to do the job safely. Next thing he knew, he felt a pain in his neck. He reported the injury and went to the company doctor, who diagnosed him with a lumbar sprain and had him go through a month of physical therapy. The company doctor then released Herman back to work “as tolerated.”

In June of 2016, Herman returned to work. He worked on several different vessels over the next few months. By November, he was assigned to work on another vessel. While docked at a refinery in New Orleans, Herman was tasked with guiding the dock arm alone. He re-injured his back since all of the weight of the dock arm was on him. Both injuries occurred in situations where the crew relies on the captain to enforce safety procedures and make sure there is enough crew to do each operation safely.

After the second injury, which he reported immediately, he was taken back to the company doctor. The doctor diagnosed him with a lumbosacral strain and ordered an MRI for the same day. The MRI showed a 5mm disc protrusion at L4/5 and 2mm at L5/S1. The company doctor released Herman back to work with a prescription for physical therapy for the next 3 weeks, 3 times a week. Herman knew if he went back to work after this injury, the next injury would be even worse. He was in a great deal of pain and was being rushed back to work.

Herman knew he didn’t just have a lumbosacral strain.He knew his body. And one visit with an independent back specialist proved it. He was diagnosed with a central disc herniation in multiple locations. He began very conservative treatment for his back, hoping it would get better without surgery. But it didn’t.

Under the Jones Act, companies are obligated to pay injured workers’ medical expenses in addition to paying them a living wage. This is one reason we see many companies pressuring injured workers to return to work without getting a second opinion and before they have fully recovered. Thorough medical treatment can become expensive quickly, even conservative treatment options.

But MRIs don’t lie. Herman had done everything right but was still being denied the treatment he needed to get back to work. The company finally allowed him to get surgery. It was scheduled for August 28, 2017, but had to be rescheduled due to Hurricane Harvey. He finally had surgery on September 5, 2017.

Jones Act employees become liabilities the second they get hurt

Our case against the barge company continued. As with every maritime company, employees become liabilities as soon as they get hurt. In Herman’s case, the company had to face the fact their policies and procedures were insufficient in preventing injuries. Under the Jones Act, companies must go beyond training employees for their tasks. They are responsible for providing employees with safe work environments and making sure every task is carried out safely under proper supervision.

If any of those things are not carried out and causes an injury, the injured worker has the right to be compensated for not being provided with a safe work environment. And if a Jones Act employee is injured on the job, it is the company’s duty under the law to make sure the employee receives the medical care they need to fully recover from their injuries.

A Jones Act lawsuit helps provide a future to people whose career goals are shattered by an injury.

After Herman’s case settled, he sat down with us to talk about what this settlement means to him. He says:

“Hi, I’m Herman, I got injured at work. I injured my back. I have degenerated discs and herniated L4 L5 discs. So I was referred to a company doctor. From that point on, I was strung along to just being in therapy, just trying to heal up, and pushing me back to work. They were not actually leaning towards anything of doing right as far as my symptoms. They just kept on pushing me, telling me that there was nothing really there, it was pulled muscles. And I know it was more than pulled muscles because of the way the symptoms were feeling and what my body was telling me.

“If you don’t feel that gut feeling that tells you you need to further yourself, seek a consultation. Get legal advice – do that as well, as promptly as you can. Cause the company is not for you. They are against you.

“Once I seeked a consultation for hiring an attorney, things did speed up for me. It was a speedy process. The doctor that I got referred to, he diagnosed my symptoms right away. I did get my resources that I needed to get into a better situation, which it is now.

“I want to give my thanks to Patti, to Brian, and Lena. Because without them, I think I would still be stuck in the pool I was stuck in as far as dealing with the company doctor and the job itself. I wouldn’t be at this point to where I’m beginning to feel better so I do want to thank them.”

Note: some names have been changed to protect confidentiality