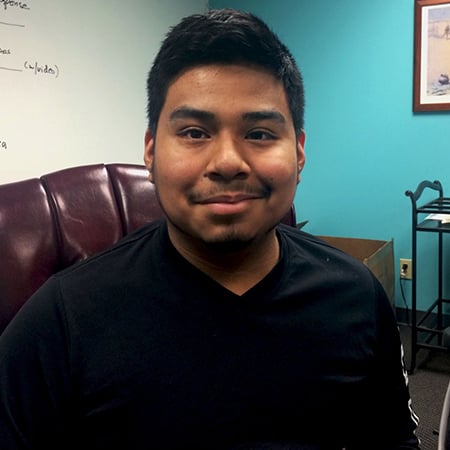 Just 18 years old at the time of the incident, Rudy prided himself on being a hard worker and providing for his family. On September 23, 2015, Rudy and a coworker were fixing a press machine at Newberry Bakery. Rudy was trying to fix an issue with the airline when his coworker, who did not see Rudy, activated the press by putting a tray through the machine. All four fingers were smashed and the middle finger was ripped off. Rudy was rushed to the hospital via ambulance, where they put a metal plate in his middle finger and stitched it up.Around that time, his first child was born. He was off work for about 6 months while his hand healed. He still didn’t have movement in his fingers. The company didn’t offer to pay his medical bills and didn’t have worker’s compensation. Rudy hired us in November, realizing that he would need help to get his bills paid and continue to get the medical treatment he needed so he could regain use of his hand.Curtis began investigating his case. The company settled for $85,000.