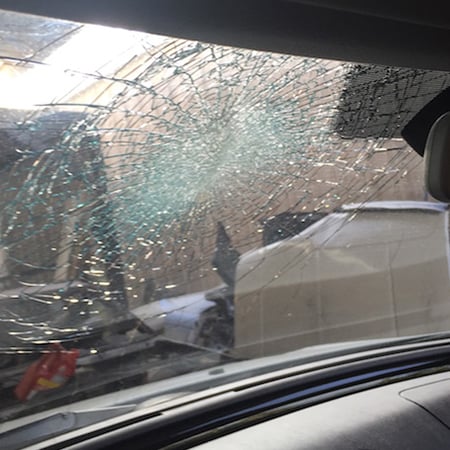 The wreck happened in December 2015 here in Houston. Our client was driving down the road when an energy company truck made an abrupt turn into traffic into our client’s path. Our client’s left hand went through the windshield. His neck was also injured in the wreck. He turned to us for help in January 2017. He had been receiving treatment for his injuries long enough for his providers to determine he was impaired and would have permanent nerve damage.