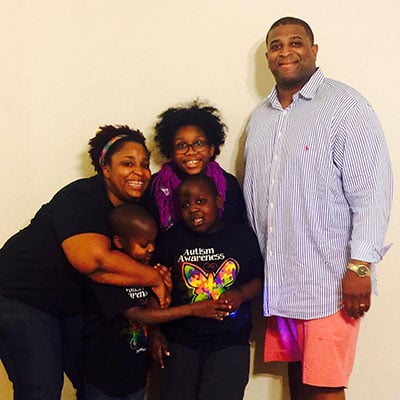 It only takes seconds for a child to fall into a pool and drown – children are drawn to pools like moths to a flame. Calling pools “attractive nuisances” fails to capture how dangerous pools are when you take into account the fact that drowning is the leading cause of death for children ages 1 to 4 in the United States.

Pool safety experts recommend that pools must be securely enclosed at all times to prevent children from accidentally falling in and drowning. Apartment complexes, Hotel/Motel pools, and public pools, have to follow dozens of regulations to ensure their pools are safe. The pools are inspected frequently to ensure the safety regulations are followed. Even when the pools aren’t in use in the winter, complexes have to ensure that their pools are safe, that people can’t access them and potentially drown. Because this system of checks and balances has been in place for so long and usually works well, we trust these pools are safe.

Every so often, slumlords take advantage of our trust in this system of checks and balances that is designed to keep us safe around pools. One complex, owned by a slumlord in Houston, Texas, had a history of failing pool inspections, including getting a citation from the City of Houston for failing to have safety latches on their pool gates. That complex did have a fence around the pool and gates, but failed to make safety a priority and ensure that the gates were properly latched and that they were locked in the winter.

Most of the residents didn’t even know about the failed inspections or the fact that the gates didn’t have safety latches.

On the morning of February 9, 2013, Kingston was watching cartoons in the bedroom while the other kids played outside at the complex’s playground. Kingston, then 4 years old, had been diagnosed with autism. He’d been making progress with tutoring and hard work.He was talking, singing, and able to ride a bike in the classroom. According to his teachers and doctors, he was going to continue to make slow, steady progress every single year.

26 minutes wiped out all the progress Kingston made. 26 minutes took away his parents’ hopes for his future, 26 minutes irrevocably changed Kingston’s life forever.

That morning, the dads had left the front door open so they could watch the kids on the playground, study, and keep an eye on the kids watching cartoons in the bedroom. William stepped outside to check on the kids at the playground for just a moment. But it was long enough for Kingston to have disappeared.

Along with the man the disabled resident had asked for help, she pulled Kingston’s lifeless body out of the pool and began CPR. The two of them administered CPR for 8-10 minutes before Kingston began breathing again.

Experts estimated Kingston had been under water for 13 minutes and another 3 -5 minutes after he began breathing again before the ambulances arrived at the complex. Altogether, he was without oxygen for about 26 minutes.

Drowning doesn’t have to be fatal, but it can have lasting consequences. The definition of drowning, according to the World Health Organization, is “the process of experiencing respiratory impairment from submersion/immersion in liquid.”

The drowning process begins when the victim’s airway is below the surface of the liquid. At that point, the victim voluntarily holds their breath. This is followed by an involuntary period of throat spasms induced by having swallowed water. This phase of drowning is silent or near silent. During this phase, breathing air isn’t possible for the drowning victim. Oxygen in the victim’s body is depleted and carbon dioxide builds up. The victim becomes hypercarbic, hypoxic, and acidotic. Hypercarbia makes your body want to breathe, so the victim’s respiratory movements become very active but the victim can’t breathe because of the water in their throat. This causes the amount of oxygen in the victim’s bloodstream to decrease even further. Throat spasms begin to go away, and the victim starts actively breathing water. However quiet and quick drowning might seem, it is very painful and traumatic.

After 3 minutes without oxygen, consciousness is lost  and the brain starts dying in the time span between 3 and 10 minutes. This results in neurological deficits if you survive the drowning process. The WHO classifies drowning as death, morbidity, and no morbidity.

Kingston suffered morbid drowning. He was hospitalized for four days after the drowning. When he returned to school, his teacher noticed a marked decrease in his cognitive abilities as well as that he’d become aggressive and hyperactive.

His treating doctor, who had initially diagnosed him with autism, also noticed an increase in these symptoms after the drowning incident. He went from being potty trained to needing diapers, he can no longer do the simple puzzles he used to complete. He failed to meet any of the developmental goals set in his evaluations since the accident. His verbal skills regressed to the point of him being almost non verbal, despite having been in daily speech therapy. He no longer sings and does not participate in games or imaginative play. His balance is off- he reaches for support to make sure he doesn’t fall. His focus has diminished – he now zones out and cannot pay attention. He is afraid of bathwater.

Before the drowning incident, he had no reports of physical violence against other students at school. Since the incident, he’s had several altercations with students and has hit his siblings at home.

Kingston suffered anoxic injuries to his liver and kidneys, consistent with a lack of oxygen to the brain. Experts report that he would have felt helpless – he spent 3 minutes fighting for his life before he fell unconscious. When he was resuscitated, first responders reported that he was crying and screaming and that his pulse was very light – an indication he was in pain.

His mother was concerned about him. He would cry whenever he took a bath or shower, he began having nightmares, and he would cry – behavior that didn’t occur before the incident.

Every autism expert agrees that people diagnosed with autism don’t regress – their developmental paths are steady, upward slopes. Kingston, on the other hand, was sliding backward on his developmental slope.

About four months after the incident she took the family to Galveston, and Kingston freaked out at the sight of the hotel pool.

This was the last straw.

She knew in her gut that the drowning incident had irrevocably harmed her son, that it wasn’t the autism. One of his therapists agreed, suggesting he be checked out for brain damage. She contacted Byron, with whom she’d been friends since junior high, about her concerns. He agreed that the drowning incident was worth investigating. We took on her case, hiring investigators, pool safety experts, and drowning experts to help us uncover the truth about what had happened to Kingston.

Kingston couldn’t communicate about what had occurred or what he’d suffered, so we became his voice. Using the evidence we’d uncovered in our investigation of the apartment complex, Kingston’s records, and research into drowning, we concluded that the complex was responsible for not ensuring the gate was securely locked and that the drowning incident caused Kingston to suffer permanent, debilitating brain damage.

Defendants attempt to avoid responsibility despite mounting evidence to the contrary

The defendants argued that they weren’t responsible for locking the pool gate that day, as the landscaping company they’d hired had been the last people in the area and were supposed to lock the gate before they left. The defendants denied being responsible for causing Kingston’s drowning incident. They argued Kingston’s dad should have been watching Kingston more attentively. They also argued that Kingston already had developmental problems due to autism and that brain death due to drowning occurs more slowly when the water temperature is cold, so they shouldn’t be held responsible for any damage.

We learned that, in addition to the landscaping company employee, three employees of the property management company had a duty to ensure that the gate was properly latched and locked by the end of the day before the incident.

Our investigation also showed that the property management company had a history of not latching or locking gates at multiple other properties. That means their lax attitude toward pool security was widespread – the complex had no incentive to ensure their pool was properly secured.

Slumlord’s property manager meets with staff day after drowning, tells them to lie

The property manager met with her staff the day after the incident and, according to every single employee’s testimony, she said there would probably be a lawsuit and that they should all blame the landscaping company for leaving the pool gate unlocked.

Our investigation into the apartment complex revealed the depth of negligence and lax oversight that was the result of it being run by what can only be categorized as a slumlord.

With all the evidence we’d uncovered proving the complex’s owner and property management company had no interest in keeping people safe on their property, we were ready to take the case to trial in the middle of October of 2015. We’d taken over 20 depositions, had gone to mediation the summer of 2015, and we were focused on getting the best result possible for Kingston. About 30 days before trial was set to begin, the defendants began to discuss possible settlement options with Byron.

Although Byron was ready to take the case to trial, the defendants weren’t. They offered to place $4,000,000 in a trust that would take care of Kingston for the rest of his life. Kingston’s mom agreed this would be satisfactory and they settled their case just before trial was set to begin.

While nothing will ever reverse the damage wrought by the 26 minutes Kingston spent without oxygen, this trust will enable him to receive the world-class care he needs and deserves. This trust enables Kingston’s mom to begin to hope and dream for his future – by ensuring his financial future, the trust means she doesn’t have to worry that he’ll never make progress again. The trust means those 26 minutes will no longer be a death sentence.