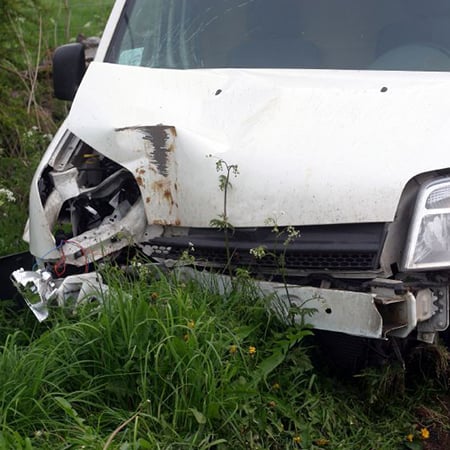 Our client, a 47-year-old corrections officer, was driving a van northbound on Highway 288 in Houston on March 30, 2006. His vehicle was rear-ended by a man driving a van for his employer, Audio Fidelity Communications Corp.With the help of attorney Brian Beckcom, our client filed a personal injury lawsuit against the driver and Audio Fidelity. The plaintiff’s side claimed that the driver was 100 percent at fault for the collision but that the employer shared responsibility for its worker while he was driving on company business.The corrections officer suffered painful injuries to high left knee and lower back. Physical therapy and steroid injections failed to provide much relief, so in October 2006 he underwent knee surgery. Early the following year, he had a disc removed from his lumbar spine.