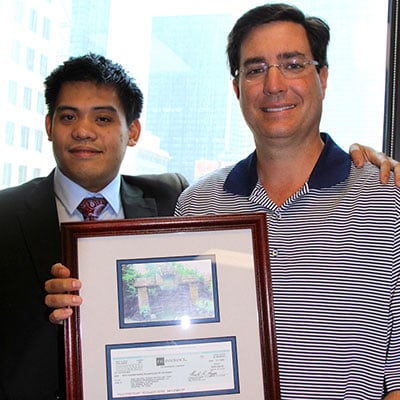 The impact with the concrete floor shattered all of Sam’s facial bones, fractured his left hip and fractured his left ankle. A neuro-psychologist diagnosed Sam with cognitive deficits and post traumatic stress disorder as a result of the accident. Sam suffered permanent disfigurement to his face in that his left eye was misaligned with his right eye and he has a scar traversing the crown of his head. Sam also experienced difficulty breathing through his nose.

Sam was hospitalized in intensive care for several weeks and underwent surgeries to his face and left hip which involved the placement of hardware. Sam recently underwent another surgery to his left knee for injuries related to the accident as well.

Plaintiffs made a variety of other allegations against Six Flags, claiming negligence per se, gross negligence in the maintenance and operation of the Mayan Mindbender, and claimed that Six Flags spoliated material physical evidence when it replaced the restraint systems.

Six Flags asserted, among other things, that Sam was standing up.

The case was resolved when attorneys for the parties reached a settlement of $1,700,000 during the second round of mediation facilitated by John Kain of Houston.