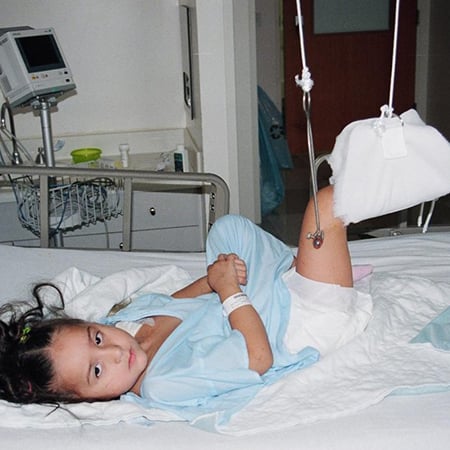 On Dec. 7, 2004, plaintiff Lillyanna Romero, 3, and her mother, Nova Hicks, went to visit a friend at Mangum Terrace Apartments in Houston. While Hicks was visiting with her friend in a first-floor apartment, Lillyanna climbed the outdoor stairs to the second floor. She went under or through a balcony railing and fell about 6 feet onto the pebble surface below.

The property was owned by Delta I Investments.

Hicks, individually and on behalf of her daughter, sued Delta I Investments LLC, Houston, on a premises liability theory, claiming that the balcony railing gaps, which were 7 inches instead of the 4-inch maximum under the Houston Building Code, were unreasonably dangerous.

Delta I argued that Lillyanna crawled under the railing and that there was no regulation governing the vertical space under a railing.

Delta I also contended that Hicks failed to supervise her child properly; that, because the complex was 40 years old, it was grandfathered out of the railing requirement; and that, regardless, the railings were not unreasonably dangerous. Also, four witnesses gave written statements saying that Hicks knowingly allowed Lillyanna to climb up and play on the second-floor railings, and one witness said that people had told Hicks to supervise Lillyanna and tell her to come down.

Delta I also argued that it had owned the property for only 10 months and that it was in the midst of extensive repairs when the incident occurred.

The plaintiff’s attorney argued that the 4-inch requirement was not subject to grandfathering.

The fall broke Lillyanna’s right femur, and her mother rushed her to an emergency room. She required pins and a rod in her leg and was placed in traction. The pins were removed during the initial hospital stay, and the rod was removed a few months later. According to her treating doctor, Lillyanna recovered completely, with no likelihood of future complications.

The medical bills that were actually paid were less than $30,000. She also claimed pain and suffering.