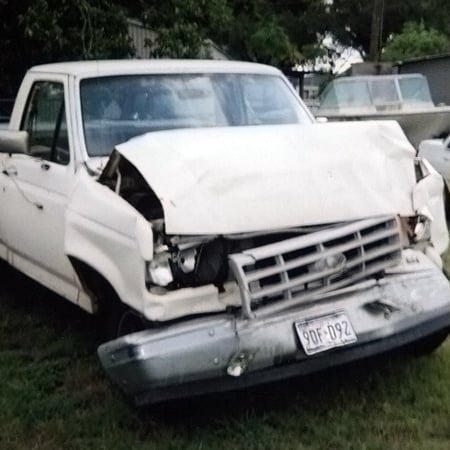 Steven was driving his pickup truck through an intersection in Houston, Texas, when an ambulance ran a red light and broadsided him. The ambulance driver was on the job with Enterprise Ambulance. This company had insurance with Deep South Insurance.Steven mainly hurt his low back in this crash and ended up having a back surgery.Steven hired our firm to handle his case. We filed the case in Harris County, Texas.

The insurance company lawyers argued that the ambulance driver had a yellow light, and therefore he was not at fault. We disproved this liability defense through the depositions of the ambulance driver, her passenger, and the investigating police officer.

Next, the insurance company lawyers argued that Steven was not hurt that bad in this crash. They hired an orthopedic doctor who said Steven’s injuries were minimal. We disproved this defense through Steven’s medical records and own doctors.