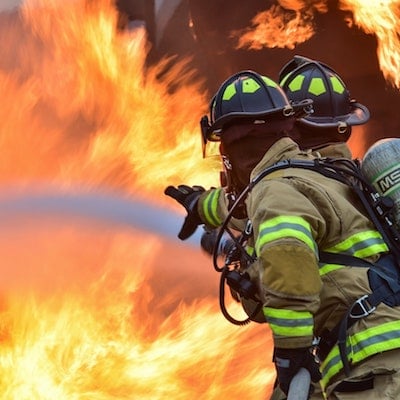 Fires claimed nine lives per day in 2016 in the United States, according to the National Fire Protection Association. One and two family homes, apartments, town houses, row houses, and manufactured homes,  Apartment or house fires together caused 81% of the civilian fire deaths and 73% of the civilian fire injuries in 2016.  These fires can caused by a number of factors, including:

Fires can happen anywhere, to anyone. However that doesn’t mean they are all your fault. Any of these fires could be caused by a defective product, a negligent builder or landlord, or by another person entirely. When you’ve been hurt in a fire or if you’ve lost a loved one to a house or apartment fire, you deserve to know why. You deserve to be made whole again.

These statistics show that we all need to take fire prevention very seriously. And when someone else causes a fire, or if the fire was caused by a landlord’s negligence, you deserve to know why they failed to keep you safe.

If the fire was caused by a defective product, wiring that’s not up to code, or a landlord’s negligence. Also, if your landlord or property manager failed to keep the fire alarms working, the building up to code, or to follow fire prevention laws, you may be able to file a lawsuit to be compensated for your losses. The first step is to investigate the cause of the fire. While the fire department will have their own team of experts on the case, you have the legal right to hire your own experts and conduct an independent investigation.

These investigations usually require the help of a lawyer to cover the costs of hiring the experts and going to court. At our firm, we typically get a hearing with a judge to file a Temporary Restraining Order as soon as possible. This order forces the company, insurance company, and government investigators to do two things:

We also help our clients find the best experts to examine the scene of the fire and all the evidence to determine why the fire started and who is responsible for what happened to you.

What can you claim in a fire lawsuit?

We have helped people who have lost loved ones in fires, been burned in fires, and suffered smoke inhalation from fires caused by defective products, faulty wiring, or unsafe building practices. If you have been injured in a fire and want to find out more about your legal rights, talk to our attorneys today. Call us at 877-724-7800 or fill out a contact form on the website.