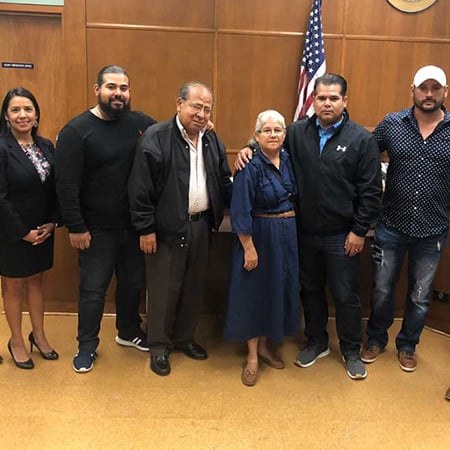 On November 20, 2018, a Jefferson County, Texas trial judge signed a judgment upholding a $44,370,000.00 verdict awarded in a wrongful death case in which a rigger lost his life. The verdict was handed down on September 13, 2018 after a jury determined that the crane company should be held accountable for their decisions.

The Court’s upholding the verdict against B&G Crane Service LLC. results in a judgment approaching $18.5 million, accounting for pre and post judgment interest and costs and increases by a significant amount each day.

We tried this case over a period of two weeks. During the trial, the jury learned about the safety plan B&G Crane submitted when hired to do rigging work for Exxon and their subsequent failure to adhere to their own safety rules. This failure to train their crane operator on how to safely conduct lifts led to the death of a father of three.

After deliberating over the course of three days, the jury concluded that B&G Crane was 45% negligent in causing the rigger’s death, ExxonMobil was 45% negligent, and AltairStrickland was 10% negligent. The rigger’s brothers who witnessed his death both brought a bystander claim. Another injured rigger also brought a claim.

VB Attorneys’ lawyers Vuk Vujasinovic and Byron Alfred asked the jury to award the family at least $32 million in compensation and to help make the community and future employees safer. Their hope is that by holding them responsible, they will deter companies like B&G Crane from making profits more important than the safety of those they employ.

Because of Vuk and Byron’s legal victory in this case, Texas Lawyer named Vuk “Litigator of the Week”.

Read more about how Byron and Vuk won this case and received justice for the Barron family.