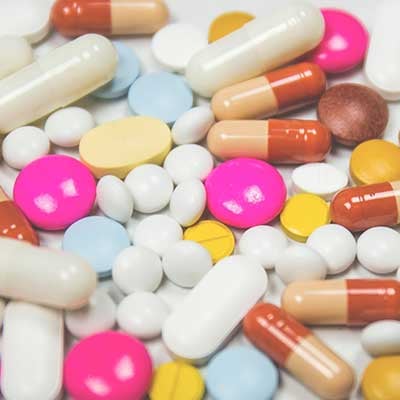 A common misconception surrounding car crashes is that for a driver to be considered “intoxicated” he/she must have consumed alcohol. In Texas, you are considered impaired if you are under the influence of certain medications or illegal drugs as well. In fact, according to the Centers for Disease Control and Prevention (CDC), drugs play a role in approximately 18 percent of all motor vehicle driver deaths in the nation.

It is known that different drugs have different effects on the brain, however even some prescription and over-the-counter medications can impair faculties needed to operate a vehicle safely. These medications can affect attention span, depth perception, reaction time, judgment, motor skills, balance and coordination and are all key factors for driver safety.

What the law says about impaired driving

Under the law, being “intoxicated” means “not having the normal use of mental or physical faculties by reason of the introduction of alcohol, a controlled substance, a drug, a dangerous drug, a combination of two or more of those substances, or any other substance in the body.” What this means is, a person could not have a drop of alcohol in their body and still be impaired.

However, simply taking a prescription or over-the-counter medication and then operating a motor vehicle doesn’t qualify you as impaired. The true test is whether or not the drug impairs a driver’s mental or physical capabilities, causing drowsiness, dizziness, sleepiness or other similar symptoms.

Understand that having a prescription for a controlled substance or drug isn’t necessarily a defense. If the medication impairs one’s ability to drive you could still be considered intoxicated. This is why it is important to read drug label warnings and side effects and discuss with your doctor prior to getting behind the wheel.

It doesn’t matter if the medication an intoxicated driver took was over-the-counter or prescribed. You can still be considered impaired. Many common medicines are believed to impair drivers including pain relievers, antihistamines, antidepressants, and anti-anxiety medication.

Opiate pain relievers like codeine and morphine are known to cause dizziness, sleepiness, and disorientation. These factors can seriously affect driving ability. Most antihistamines like Claritin and Allegra are non-drowsy. However, some products such as Benadryl and cough and cold medications can cause dizziness and disorientation and lead to slow reaction time.

Antidepressants can also cause adverse reactions. Medications like Trazadone can cause slowed reaction time and drowsiness. Drugs such as Paxil, Zoloft, and Prozac can cause insomnia which could lead to tiredness during the day. Valium, Xanax, and many other anti-anxiety medications often produce tranquilizing effects on consumers, impairing judgment and reaction time. Most muscle relaxers can have the same effect and can possibly lead to driving safety issues.

Again, understanding the potential side effects of your medication is important in preventing car wrecks due to impaired driving. If you aren’t sure if your medication or medical condition could impair your ability to drive a vehicle safely be sure to ask your doctor or pharmacist. Take a look at our article discussing how medically unfit drivers can cause serious truck and car wrecks.

Motor vehicle crashes caused by intoxicated drivers are life altering events. Drivers who cause accidents while under the influence may be found negligent and liable for the damages that occur. Our law firm works with investigators to determine if drugs were a key factor in the crash and also examines medical records, police reports, and toxicology to determine how we can hold the impaired drivers accountable.

If you or a loved one has been injured by an intoxicated driver, you need an experienced car accident attorney. Before you sign anything or speak to an insurance adjuster it’s important for you to understand your rights. Our knowledgeable car wreck attorneys can help you through the process and ensure you are compensated for your losses. Feel free to give us a call at (877) 724-7800 or fill out a free, confidential case evaluation