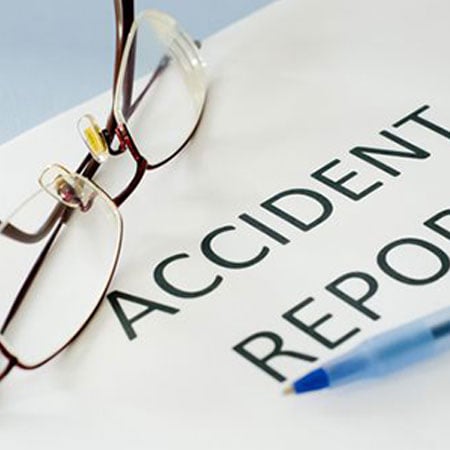 What does negligence mean for your personal injury case?

Don't have time to read an article?

Watch my quick YouTube video where I explain everything you need to know about negligence in a personal injury case.

The Principles of Negligence

The “duty” element of negligence requires that the defendant owed the plaintiff a legal obligation to provide them (and others) with a particular standard of conduct. When no “duty” exists, there can be no legal liability due to negligence. Generally, there are statutory rules and guidelines that dictate how people must act, like an employee handbook or company policies. By introducing evidence of those guidelines being violated, one can now begin to prove negligence. Notwithstanding, courts ordinarily rely on the standards of a “reasonable person” when defining what “duty” is owed and if that “duty” was “breached”. Without elaboration, “Breach” is when the defendant owes the plaintiff a duty and fails to fulfill that duty.

For instance, the “duty” of a “reasonable driver” is to yield before taking a right turn at a red light, failing to do so and causing an accident would mean they’ve “breached” their duty to act as a “reasonable person”. In this analogy, even if the driver had made a full stop at the red light, they have “breached” their “duty” to act as a “reasonable driver” when they failed to yield with enough caution. Oftentimes, the “breach” factor of negligence is the simplest to explain but can be the most challenging to prove in court. For this reason, the lawyers at VB Attorneys often call on experts to testify. In doing so, they can adjust the standard of a “reasonable person” to a reasonable person with a certain skill set or expertise that is relevant to the case at hand.

Typically, after proving that a duty has been breached one has established that the defendant is legally responsible for the plaintiff’s injuries or “damages”. However, many times the defendant will challenge the “causation”. The “causation” aspect of negligence reveals whether or not the defendant’s actions caused the “damages” in question. When considering the “causation” element of negligence we must ask: Did the defendant’s actions or omission of action lead to the dangerous conditions that ultimately caused injuries or “damages”? Causation must prove that a person of ordinary intelligence could have anticipated the danger created by the negligent act or omission of such. The breach of duty must be the cause of damage in order for negligence to apply.

Furthermore, the defendant may claim that even if they were negligent and breached their duty to the plaintiff, that negligence was not the cause -or the sole cause- of the injuries or “damages”. Essentially, the defendant will use the “causation” component of negligence to avoid all or partial responsibility for the “damages”. Let’s use our analogy from earlier about the driver who fails to properly yield and causes an accident, the defendant. In this scenario, the defendant is negligent. But what if the plaintiff, the person seeking compensation for “damages,” was texting and driving at the time of the accident. The defendant will argue that although he or she failed to properly yield, the plaintiff is fully or at least partially responsible for the accident and in turn, partially responsible for the “damages”.

How does negligence affect compensation?

Regardless of what state you live in, or what state your injuries occurred in, proving negligence in a personal injury case is always the same. However, each state has its own way of handling how negligence affects compensation and settlement disbursement in a personal injury lawsuit. Different states have different negligence statutes and knowing how each statute will play out in court is an essential detail that should not be overlooked by you or your attorney. If you’ve been injured due to negligence, or would simply like to know what negligence statutes apply to you, please consult with our Board Certified Attorneys immediately.

After discussing the different kinds of negligence statutes that exist, it is important to note that there are other exemptions to the rule. Most negligence statutes vary from state to state, and when you’re injured and seek compensation via a personal injury lawsuit, your attorney and your case are confined to the boundaries and the decrees of state law. That being said, there are occasions where the injured plaintiff is not only protected by state law but also by federal law. Some federal laws can provide plaintiffs with auxiliary protections, regardless of the state or where the accident occurred. One example of such exceptions is The Jones Act, a federal law that protects Seamen. A person working in the Maritime industry or on a vessel, may it be inland or offshore, has federal protections that The Jones Act provides. Statutes like “Contributory Negligence” and “Comparative Negligence” do not apply to Jones Act Mariners. If you believe you may be a Jones Act Mariner and a victim of Negligence, please click on this link.

Do you have any questions?

Negligence Law can be overwhelmingly confusing and the outcomes and expectations vary depending on what state you’re in, as well as what industry you’re in. That being said, it is always best to consult a Board Certified Attorney about your personal injury case and negligence claim. If you have any questions at all, do not hesitate to leave a comment at the end of this blog post. Our team of Board Certified lawyers at VB Attorneys help people with personal injury cases on a daily basis and have a track record of success. Our attorneys know Negligence Law and have represented victims of negligence from across the country against some of the biggest companies in the country and their armies of lawyers. Although proving negligence is not always easy, our team at VB Attorneys has the experts and has recovered millions of dollars for our clients despite having battled some of the biggest bullies in the industry. If you need an entire team fighting for your rights, or if you simply have a few questions regarding Negligence, you need to call our office right now at 877-724-7800 or fill out a contact form by clicking on the large red “Free Case Consultation” button on the top right of this page.