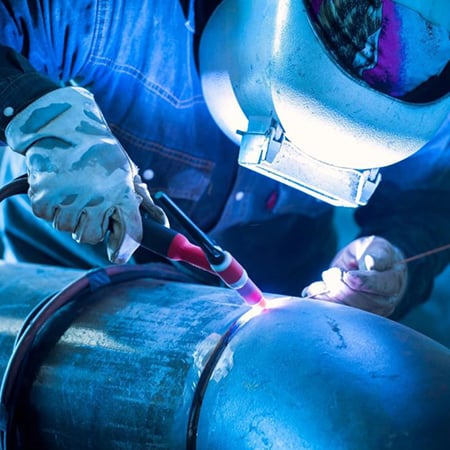 We have won an appeal for our client, a maritime welder who was injured working for Superior Energy Services. The company in our client’s case had tried to argue he didn’t qualify to be compensated under the Jones Act for two reasons:

The trial court agreed with the company without allowing a jury to decide these issues, which is why we filed an appeal on behalf of our client. In Jones Act cases, normally it is the jury’s job to decide these issues. In their decision, the 1st Court of Appeals ruled that the trial court “abused its discretion by granting summary judgment on [our client’s] Jones Act claim because a question of material fact exists that precludes such relief.” They ruled against the company on both issues, arguing that a jury should decide these questions, not a judge.

The Court of Appeals disagreed with Superior Energy’s argument that because he’d been hired as an onshore welder and that the injury had occurred in Superior’s warehouse onshore, he didn’t have a Jones Act claim. The Court found that our client’s job duties weren’t just land-based. That he wasn’t just an onshore welder. He had participated in multiple sea trials as part of the vessel crew, according to the company’s Vessel Manager.

The Court also disagreed with Superior’s argument that the vessel wasn’t a vessel “in navigation” because it was being overhauled when our client was injured. The Court clarified that the Jones Act doesn’t separate the vessel from “in navigation.” It refers to a “vessel in navigation” the same way general maritime laws in the United States refer to a “vessel.” This ruling helps all maritime and offshore workers who are hurt when the vessel may not be sailing, but still hurt on the job.

Instead of companies interpreting and twisting pieces of the Jones Act to fit their narrative, this decision forces them to remain true to the law.

Our client’s case will now proceed, and a jury will rightfully decide if he qualifies as a seaman under the Jones Act. He will get his day in court.

If you were injured in a similar situation and want to find out if you have a case, contact our team of maritime injury attorneys. We will answer all of your questions, help you determine your legal rights, and help you make an informed decision about what to do next. Call us at 877-724-7800 to get started now.