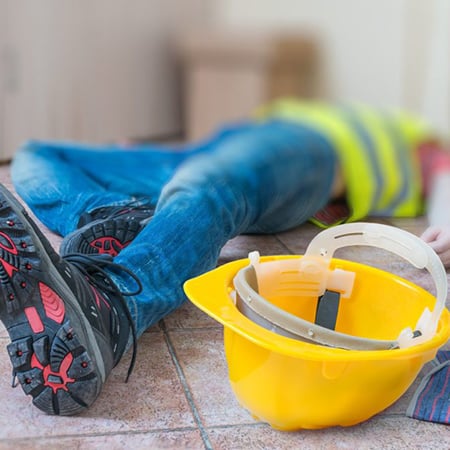 Texas leads the nation for fatal work incidents. Two reasons this is important:

Each year, a large amount of federal and state data is released about work injuries and deaths. These statistics and numbers are an important source of information about dangerous industries and where the most attention is needed to prevent injuries and deaths in the future. To help you understand the scope of fatal work-related accidents in Texas, where they are happening, and why, we’ve put together this highlight of some of the most recent statistics available.

The statistics for fatal work accidents in Texas

In 2014, Texas remained at the top of the list of states for fatal work incidents. For work accidents that caused a death, the Texas Department of Insurance showed that:

Who is getting hurt at work?

Although the slightly-decreased number of reported injuries is good news, the bad news is that work injuries still happen every year. In private-sector industries, 52,970 Texas workers were hurt in 2014 and took time off work for their injuries. In 2014, 524 Texas workers were killed on the job. While these numbers include workers of all kinds in all kinds of industries, some potentially surprising statistics show that many of the workers hurt were:

Why are work accidents happening?

Work accidents happen for a number of reasons, and the “whys” of worker injuries and deaths can be very complex. Some potential reasons that preventable work injuries continue to happen every year include:

Contact Our Texas Work Injury Attorneys for a Free Consultation

If you have been hurt at work, or if you are looking for information on behalf of a loved one, don’t wait any longer. Get the information you need about your rights in Texas. Some workers who have suffered because of an employer’s negligence have the right to pursue compensation for their:

You may be prevented from filing a lawsuit to be compensated for your injuries and losses if you wait for the company to do the right thing. To learn more, or to schedule a free case review, contact the experienced attorneys with VB Attorneys today at 877-724-7800.