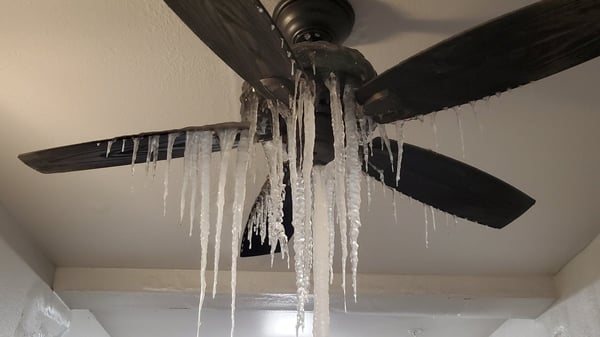 Texas Winter Storm Damage? 5 Things You Need To Do To Secure a Payout

As the snow and ice begin to melt, many Texans are finding themselves filing insurance claims for damages caused by the historic winter storm. Unfortunately, the winter storm is spotlighting the shortcomings of various homeowner policies. Many of which are leaving Texans severely underinsured. For Texans planning on filing an insurance claim for winter storm damage, payouts hinge on policy details.

Texas homeowners underinsured despite thinking they were covered

As a surprise to many, homeowners insurance policies are far from standardized, and the disparity is leaving thousands of Texas homeowners underinsured where they thought they were covered. Each policy has varying coverage. For instance, some home insurance policies cover structural damages caused by the weight of ice or snow, while others don’t. Some homeowners may have coverage for the spoiled food in their homes due to the state-wide power outages, while others are forced to pay out of pocket.

As the winter storm ensured, many Texas homeowners endured damages to their ceilings and roofs due to the heavy icefall and freezing pipes caused by extreme temperatures exacerbated by power outages. Many Texans are finding out that something as straightforward as “fix my roof” will become a drawn-out dispute between roofing contractors and insurance agencies. These disputes are primarily centered around roofing contractors wanting to replace the entire roof instead of only repairing weather-related damages and varying policies like “actual cash value” policies that take depreciation into account when making payouts.

Texans filing insurance claims for damages caused by the winter storm must carefully review their policies. Every homeowner’s policy is different, and payouts will hinge on the details within said policies. In general, homeowners’ policies cover a wide range of damages resulting from blizzards and prolonged freezing weather. Homeowner policies typically cover:

Damage to a home, roof, and related garages and sheds caused by wind;


5 Things You Need To Do To Secure a Payout