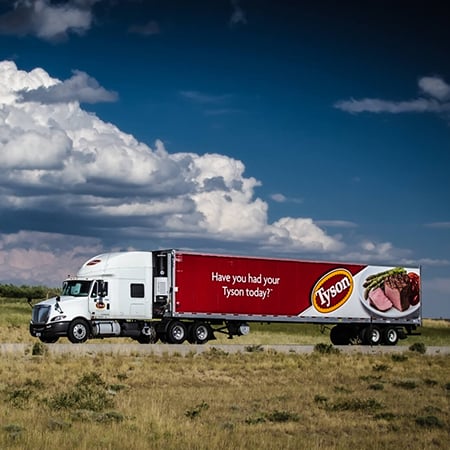 Tyson Foods is one of the most dangerous places to work in America, with extensive operations throughout our great State of Texas.  Because of this, you would think Tyson would cover its Texas employees with workers’ compensation. You would be wrong. Tyson chooses not to cover its Texas-based employees with normal workers’ compensation.  Instead, Tyson runs a fake “workers compensation” system in Texas designed to save Tyson money by taking advantage of injured employees when they are most vulnerable.

Tyson will pay some medical and other benefits for a couple of weeks or so after an on-the-job injury.  After that, Tyson Foods forces its employee to sign a “WISP waiver” in which the employee promises to never sue Tyson for the work injury

If the employee chooses not to sign this WISP waiver, Tyson cuts them off permanently from any and all benefits, no matter how severe their injury is or where they are in the course of medical treatment.

If the employee does sign the WISP waiver, they will face a rigged program Tyson calls its “Workplace Injury Settlement Program – Texas.”  Tyson’s program is full of red tape and terms that are extremely unfavorable to the injured employee. Tyson set this program up to save itself as much money as possible, to the detriment of its employees.

Most of the time, Tyson Foods employees do not have enough information to make a properly informed decision on whether to sign Tyson’s WISP waiver.  Tyson employees who face this situation should definitely consult a qualified work injury lawyer before deciding.  Learn more about how employers attempt to discredit you from recovering compensation for your injuries and how our experienced work injury attorneys can help.

Tyson is one of the largest corporations in America, with a net worth over $20 Billion.  Tyson processes and markets chicken, beef and pork. Tyson employs over 100,000 people who work in over 300 Tyson facilities.  In Texas, Tyson owns and operates more than 300 facilities, over 100 of which are in the U.S.

Moreover, Tyson is no stranger to OSHA citations.  OSHA has issued citations to Tyson and fined the company hundreds of millions of dollars for workplace safety violations.

Hopefully, Tyson will do the right thing by providing its Texas-based workers with normal workers’ compensation, and doing away with its rigged system.  Until then, injured Tyson employees should consult with a qualified lawyer before deciding whether to sign Tyson’s WISP waiver. Learn more about Tyson Foods’ track record with non-subscriber claims and what you can do if you have been injured.